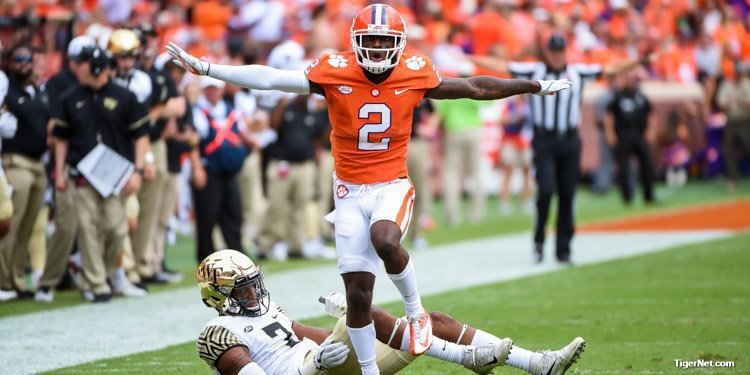 Former Clemson cornerback Mark Fields is joining a couple Clemson products with the Kansas City Chiefs as an undrafted free agent, per WSOC TV in Charlotte.

Fields was both a Senior Bowl and NFL combine standout, moving up his stock in draft circles after serving largely as a reserve for the Tigers.

The Charlotte native had his share of injury issues over the last two seasons but he did tally eight pass breakups in 20 games - two coming in the national title game versus Alabama in January.

Fields posted 13 pass breakups over four seasons, with 45 tackles (5 for loss) and one interception.

Other former Tigers in K.C. include Sammy Watkins, Bashaud Breeland and Dorian O'Daniel.