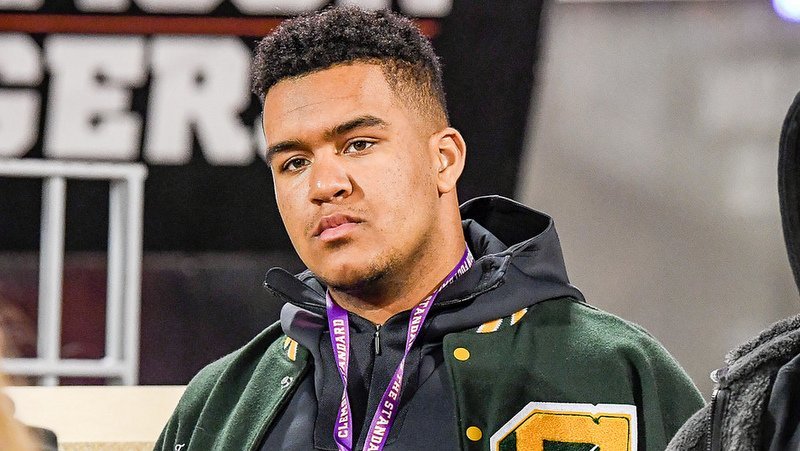 Tucker's pledge moves Clemson to No. 2 in the recruiting rankings.

Clemson continued to build up its 2020 offensive line on Thursday with a commitment from four-star lineman Bryn Tucker (Knoxville, Tn.).

He is a second commitment on the Tigers O-line this week, joining 2020 top-100-rated prospect overall Mitchell Mayes (Raleigh, N.C.) and boosting Clemson’s nine-man class to the No. 2 rated in the Team 247Sports Composite Rankings (only trailing Alabama’s 12-man class).

"They've got everything you need in life," Tucker told a local podcast in his announcement. "They've got the education and professors that lead you in the right way and take you to your highest peak. Coach Dabo (Swinney) and coach (Robbie) Caldwell are some great people and major leaders that push the players to their limit."

Tucker is rated as high as the No. 29 player overall (ESPN) and the No. 4 offensive guard by Rivals. While Tucker is rated as a guard and a tackle on recruiting sites, he said Clemson is targeting him as an interior player.

"They're looking at me like an offensive guard," Tucker told the podcast. "I'm built like a brick wall and they want to get me on the inside...They like my foot speed and how I finish people and think that I'm a nasty player."

Tucker was an Elite Junior Day visitor in January, when he came away impressed.

“It was amazing," he said then. "Clemson has a beautiful campus...I met the president of Clemson and shook his hand. Overall, the visit, football-wise, was good. Coach Caldwell was around me all day. We just had a good conversation with each other. My mom was with me so they talked with each other, too. Overall, there was nothing negative about the visit, so everything was good about it.”

Tucker has 22 reported offers in all, including Auburn, LSU, Tennessee, Virginia Tech and Alabama. He is targeting enrolling early at Clemson.

All Glory to God! I am shutting my recruitment down and announcing my commitment TO CLEMSON UNIVERSITY! ?????? #ALLIN pic.twitter.com/tA21xn6Bs3

LETS GOOOOOOO!!! So happy for you little bro! I’m telling you we finna be great!???? #KCHS2CLEMSON https://t.co/FiANlg3utk