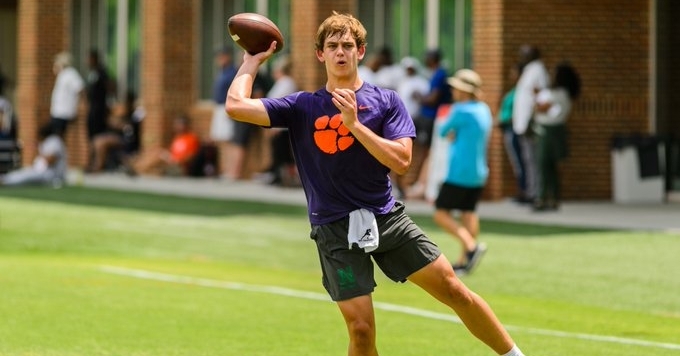 Clemson extended its first QB offer for the 2023 class -- and it’s quite the familiar name.

He’s regarded as a 5-star prospect by the 247Sports Composite, and that service has Manning rated as the No. 1 quarterback in the country.

Arch Manning throws well on the move. I was pleasantly surprised at how well he's put together, and how well he throws when moving either left or right. pic.twitter.com/xyyg5np44h