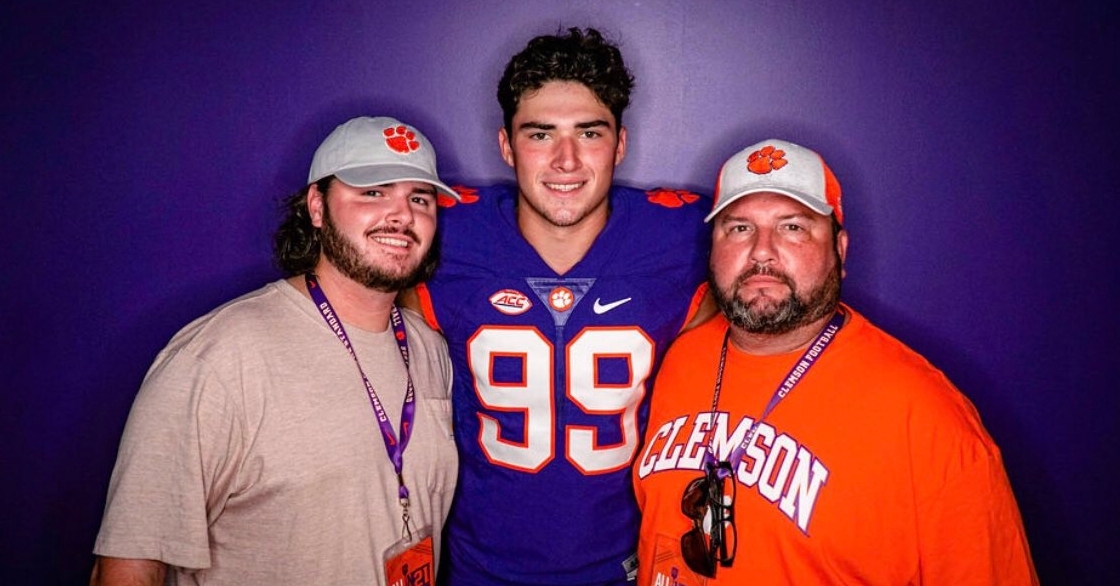 Smith was at the All In Cookout over the weekend.

Five-star Saraland, Alabama punter Jackson Smith announced a commitment to Clemson after a visit for the All In Cookout.

"After an awesome weekend at the #ALLIN cookout and talking to Coach Swinney and @bspiers28 I have made the decision to commit to Clemson University," Smith posted on Twitter late Tuesday.

Smith was rated as the No. 5 punter in the country by Kohl's Kicking Camps.

"In May of 2021 Smith attended a Kohl’s Showcase Camp. It was his first Kohl’s ranking event. He scored over 103 points punting from the pocket and got 'hot' in the afternoon during his drill work session. Smith hit multiple 5.0 second hang-times and had everyone's eyes on him. Smith is a 6'5 player with huge upside as a punter. As his hands and technique continue to develop he will be a special college player. Smith has D1 scholarship talent as a punter!" said the service.

Smith received a preferred walk-on offer from the Tigers in June.

After an awesome weekend at the #ALLIN cookout and talking to Coach Sweeney and @bspiers28 I have made the decision to commit to Clemson University. #Committed #ALLIN @ClemsonFB @tjkelly17 @Zac_Everett93 @CoachJacksonTJK pic.twitter.com/jqNUKlD5g3