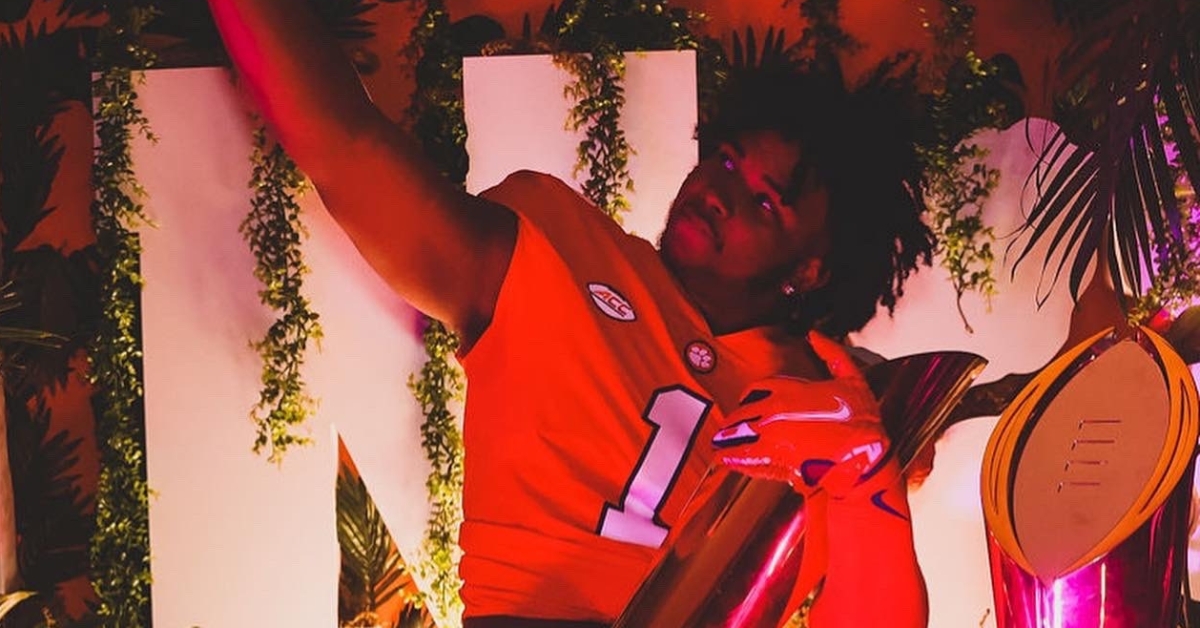 Green is rated as high as the No. 9 defensive tackle in the nation and the No. 190 player overall (Rivals).

He made a stop on campus for Clemson’s big official visit weekend in early June and is now an 11th Tigers' pledge this month.

Green is the 14th commitment in Clemson 2023 class overall that's ranked No. 3 in the 247Sports Team Composite rankings, trailing only Notre Dame (15 commits) and Ohio State (12).

He is a second 4-star D-line commitment this week, joining D-end AJ Hoffler, and a fourth in the class along with David Ojiegbe and Vic Burley.

Green picked Clemson out of a final six that also included Alabama, Georgia, Ole Miss, Tennessee and Ohio State. His other offers included Auburn, Notre Dame and Oklahoma among more.

????????DL @stephiylan picks #Clem and said he has been a silent commit since June 7th. Nasty DL here plays very physical in the box. @FootballRome pic.twitter.com/uEncXaNcXc

Clemson Fans I promise this class is gonna bring back a National Championship… we’re not done yet either!!!??????

For the 11th time this month…IT’S A GREAT DAY TO BE A CLEMSON TIGER!! The #We2Deep23 train is rollllllllllling!! pic.twitter.com/fbdIhPRGh0

Congratulations to @stephiylan on his commitment to Clemson! Couldn’t be happier for this kid! Go Wolves ?? pic.twitter.com/M16GST8lsg