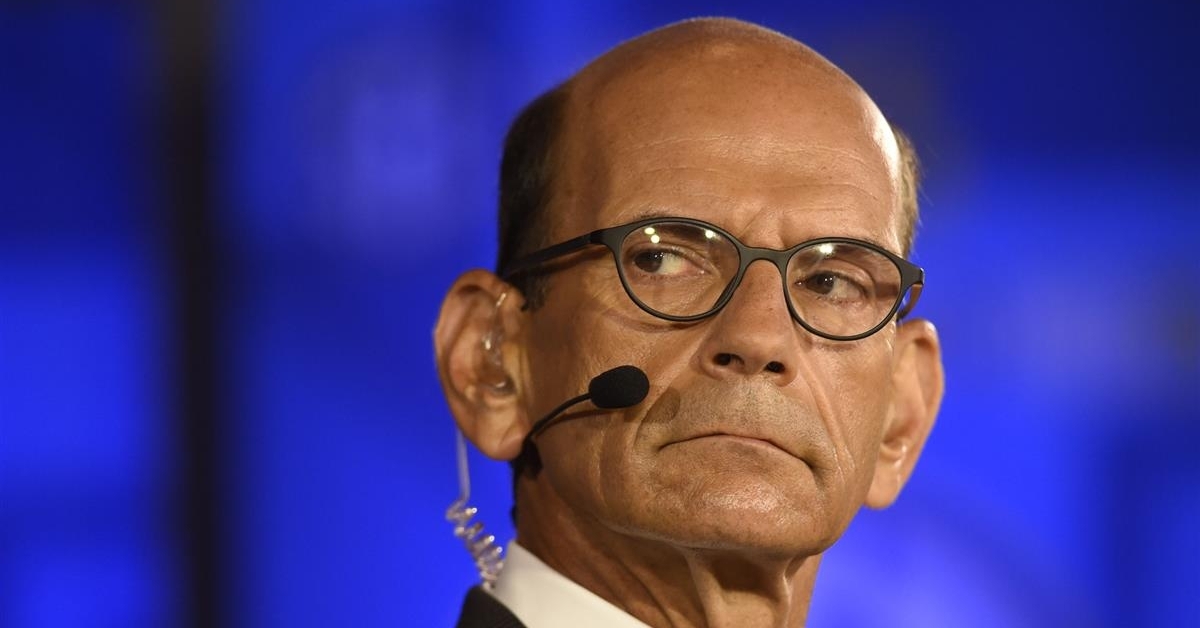 The College Football season is fast approaching as analyst Paul Finebaum was doing his rounds on ESPN on Wednesday.

Finebaum appeared on the morning edition of ESPN's 'Get Up!' and was asked which college football team was most likely to miss the playoff out of last year's foursome of Clemson, Alabama, Ohio State, and Notre Dame.

“I would take Clemson out, for this reason, Finebaum said. "They meet the team that I think can get in the first game of the season,” said Finebaum. “You have Georgia and Clemson in Charlotte, and if Georgia wins this game, and right now I think they’re going to, they vault to number one in the country perhaps.”

Finebaum thinks that the Bulldogs will make a run at a playoff spot.

"And yes, they still have to deal with Alabama later in the year in the SEC Championship Game, but that would probably be about it. After that, I think they’ll get by Florida and everybody else on their schedule. So, we could see a changing of the guard by the end of the first weekend of the regular season."

College Football reporter Heather Dinich added that Clemson has some questions marks to begin the season.

"One is because I’m not convinced that their offensive line is going to be as good this year," Dinich said. "They’ve got questions at wide receiver even if Justyn Ross is cleared to come back, and who is behind their new quarterback in D.J. Uiagalelei?"