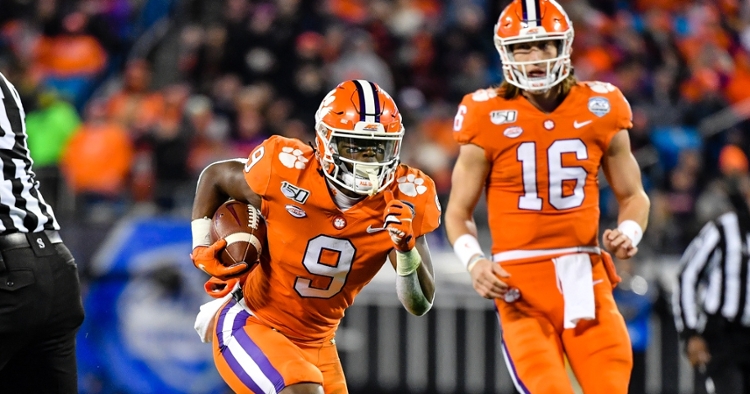 The Jaguars are investing a lot in Clemson products.

Jacksonville is investing its future -- and quite a bit of money -- into its new offensive playmakers out of Clemson.

Spotrac estimates Trevor Lawrence will sign a slotted deal worth $36.7 million over four years for the No. 1 overall pick, while Travis Etienne will get $12.9 million over his rookie deal as the 25th selection. Both contracts include the option for a fifth year.

The previous high on a Clemson rookie contract was Clelin Ferrell with a $31.4 million deal ($20.8 million signing bonus) in the 2019 draft by the Raiders.