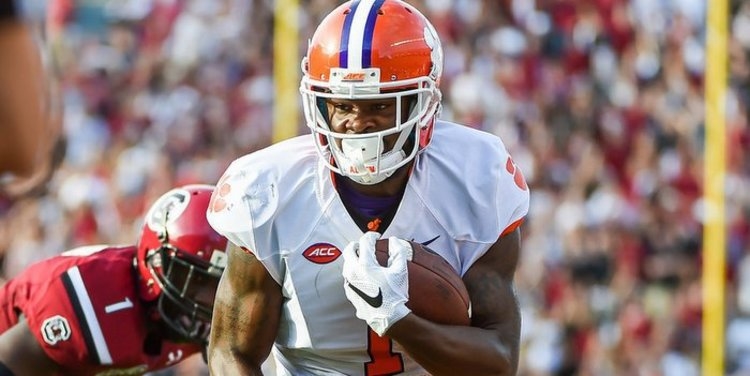 Thompson originally signed as an undrafted free agent with the Los Angeles Chargers in 2019 and also spent time with the Tampa Bay Buccaneers before landing on the Titans' practice squad in December.

The Durham, North Carolina product played in 56 games as a Tiger with 53 catches for 506 yards and two scores.