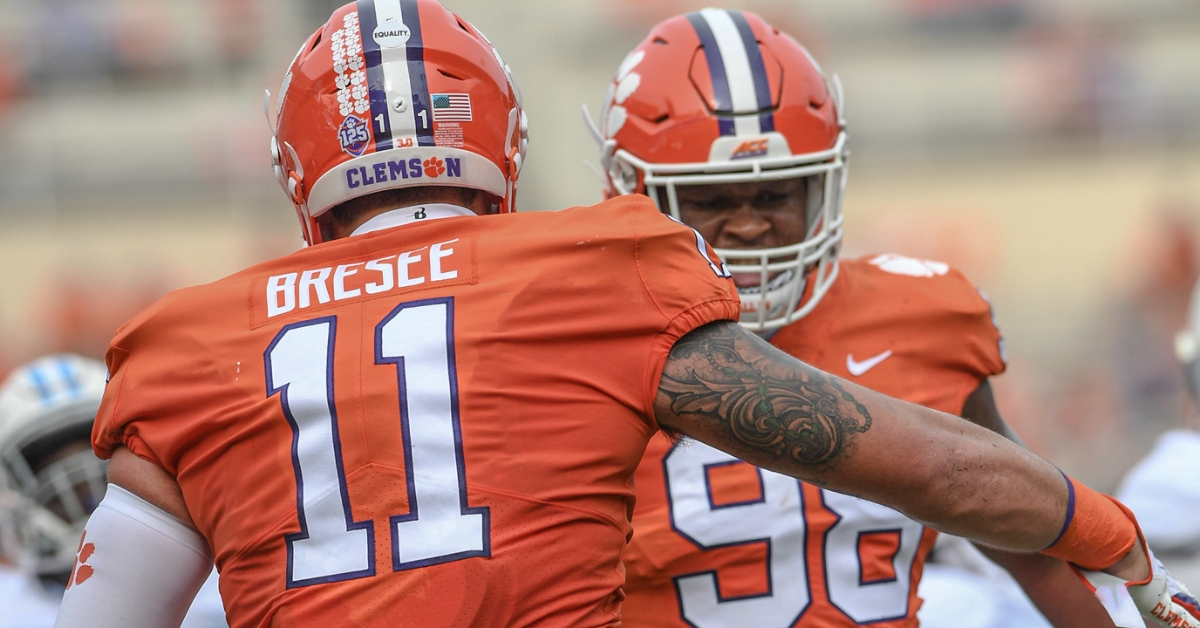 ESPN broke out the crystal ball to peer into the future for Clemson's defense in the national picture -- and they see a bright outlook ahead($).

Forecasting next three seasons, ESPN sees Clemson as having the top defense in the nation.

"Clemson's defense wasn't quite as dominant in 2020, but the unit sets up well to meet the elite standard displayed throughout coordinator Brent Venables' tenure," Adam Rittenberg wrote. "Defensive line has become one of Clemson's signature position groups and will remain so as Myles Murphy and Bryan Bresee log at least two more seasons in Death Valley."

Rounding out the top-5 are opener-opponent Georgia, then Alabama, Texas A&M and Ohio State. The next best out of the ACC is all the way back at 22nd, in Miami, as the only other ACC team on the list.