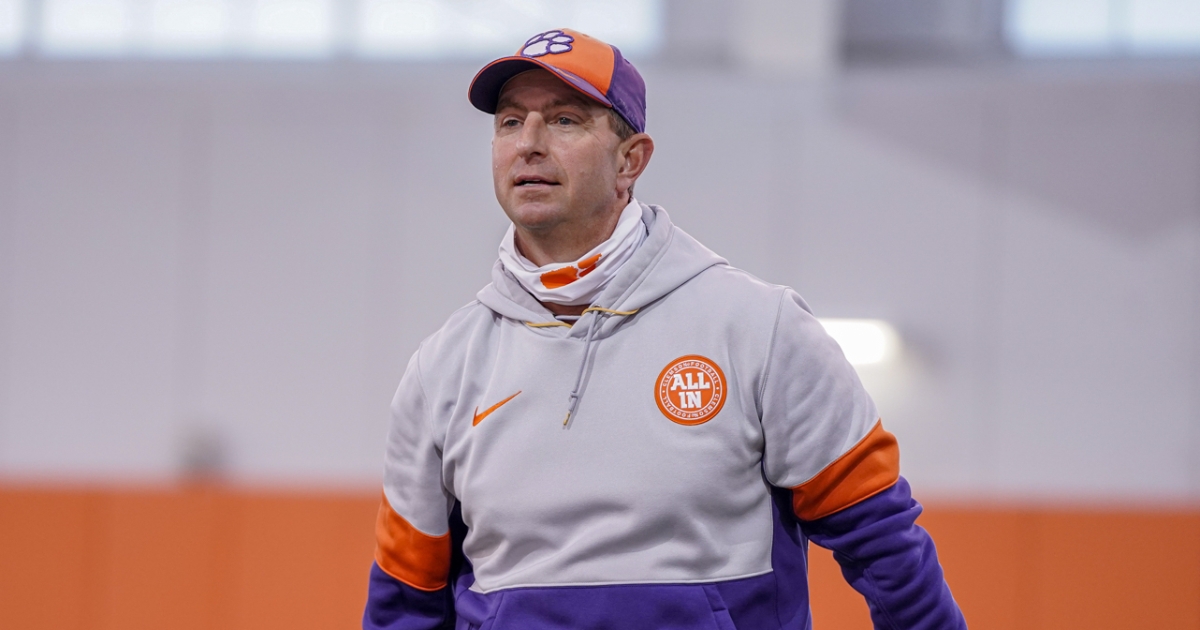 Dabo Swinney has accumulated a number of rings as Clemson's head coach.

The Athletic ranked the top hires in the ACC since 1992 (coinciding with FSU's entrance into the league) and Dabo Swinney is the runaway leader ($).

"The former walk-on receiver at Alabama was named interim coach when Tommy Bowden resigned during the 2008 season, then promoted to the full-time job despite never having been a coordinator," The Athletic analyzed. "He has turned out to be a pretty good head coach, with two national championships, seven ACC titles (including each of the past six) and the best active winning percentage (.809) among all coaches in college football to coach at least 10 seasons. We think he’s done all right at little ol’ Clemson."

Bowden's predecessor Tommy West was ranked 32nd on the 49-man list after a 31-28 run at Clemson.

Of current coaches, Syracuse's Dino Babers ranks the lowest (35) and UNC's Mack Brown (10) is the next-best behind Swinney and Cutcliffe.