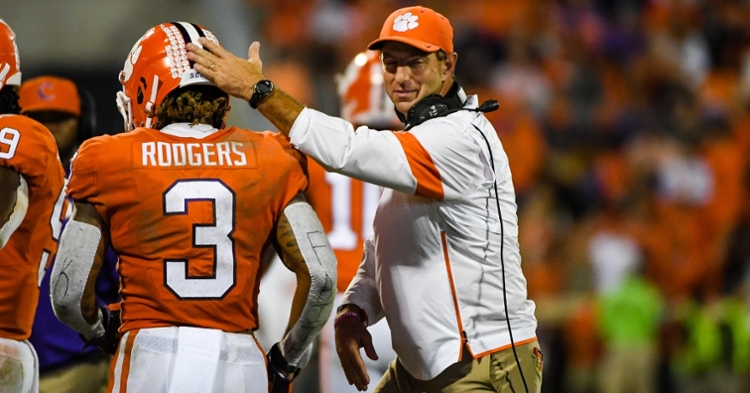 PHILADELPHIA — Maxwell Football Club President, Mark Dianno, announced Clemson's Dabo Swinney as one of the 2019 semifinalists for the George Munger College Coach of the Year Award on Wednesday, which is presented yearly by the Maxwell Football Club. The list includes a field of 22 candidates for the award who have been selected by the MFC National Selection Committee.

Swinney has guided Clemson to 26-straight wins, including an 11-0 start to the 2019 season and a No. 3 College Football Playoff ranking after capturing a second national title in three seasons in 2018.

Semifinalist voting for the Maxwell Football Club Collegiate Coach of the Year award will begin on Thursday Nov. 21st and close on Sunday, Dec. 8th. The finalist round will include the top three coaches as selected in the semifinalist round. Finalist voting will open Dec. 9th and run until Dec. 27th. The winner will be announced Dec. 29th.

The formal presentation of the George Munger Collegiate Coach of the Year Award will take place at the Maxwell Football Club’s National Awards Gala on Friday, March 6, 2020.