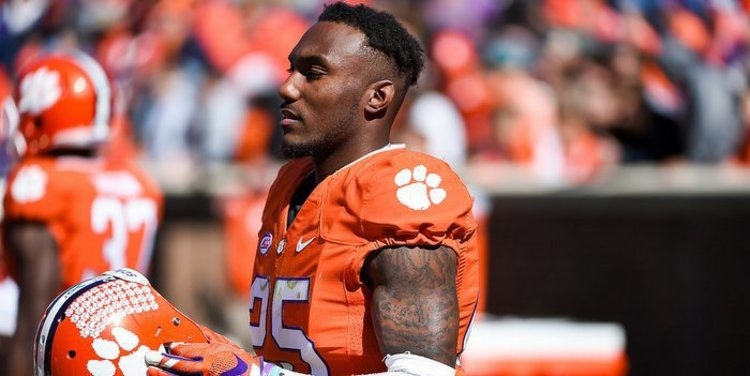 Former Clemson cornerback Cordrea Tankersley was selected in the third round (#97 Overall) of the 2017 NFL draft by the Miami Dolphins.

"He's a guy that is still learning the corner position," Dolphins GM Chris Grier said. "He has got a lot of traits we like. He's long. He's got length. He's got speed. He has ball skills. He has a lot of stuff we like. He has tremendous upside still. We really like the kid. He will be a contributor on special teams as well."

Tankersley elevated his level of play from special teams contributor as a freshman to All-American cornerback as a senior. He amassed 149 tackles, nine interceptions, and 22 pass breakups in 1,906 snaps over 55 games (30 starts) in his career and appeared in the second-most games in Clemson history behind only Chad Diehl (57).

In 2016, Tankersley was a semifinalist for the Jim Thorpe Award and Bednarik Award. He was named first-team All-American by Pro Football Focus and USA Today and third-team All-American by the Associated Press. He recorded 65 tackles, four interceptions, six tackles for loss and 11 pass breakups in 861 snaps over 15 games (15 starts).

The Dolphins take CB Cordrea Tankersley in round 3.