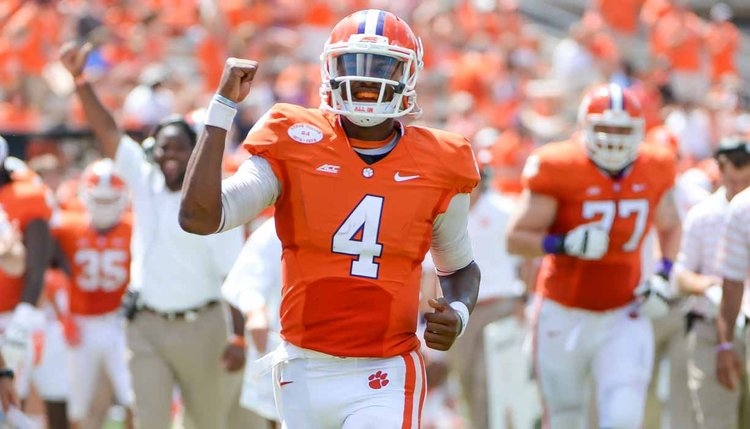 Clemson’s two-deep features eight starters who are seniors, 11 who are juniors and five who are sophomores. No freshmen are listed as starters, but eight are listed as backups, including four on the offensive line

This is the fewest returning defensive starters Clemson has had since the 1979 team, Danny Ford’s first full season, had just three. That Clemson defense led by All-American Jim Stuckey and all-time leading tackler Bubba Brown, finished the season third in the nation in scoring defense (8.4), seventh in total defense (237.5) and 10th in rushing defense (117.5). The 237.5 total defense figure for that team was better than the 2015 team had (261). Last year’s Clemson team led the nation in total defense.

The last time Clemson had just three returning defensive starters also was the last season Clemson played Notre Dame (1979). Clemson held Notre Dame to 10 points in South Bend in a 16-10 Clemson victory. That is the second fewest points Notre Dame has scored on Senior Day since 1970.

While Clemson has just 10 returning starters from the offensive and defensive units combined, the 22 starters listed on the depth chart include 20 players who have started at least one game. Kevin Dodd

Cordrea Tankersley
Jr. Defensive Back
#25 6-1, 195
Beech Island, SC
View Full Profile are the only starters listed on the two-deep who have never started a game.

The 11 players listed as starters on offense have combined to start 93 games. Center Ryan Norton

All 11 of the players listed as starters on offense played at least 2000 plays last year. Isaiah Battle

The players listed as starters on defense have combined to start 47 games. Eight of the 11 played at least 200 snaps last year.

DepthChart.pdf
Get your Clemson Soccer National Champs Gear Here!!
Comment on this story