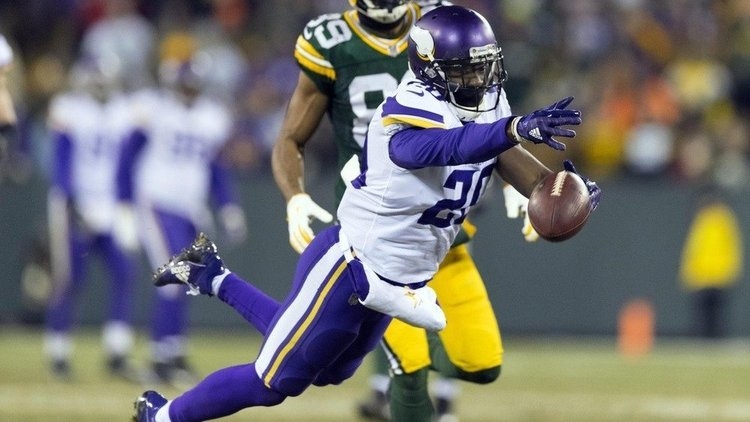 Clemson could have up to three representatives in the Super Bowl if Macksensie Aleander and Jayron Kearse can pull off an upset in Philadephia Sunday. (USA TODAY Sports-Jeff Hanisch)

Four former Tigers are left standing in the hunt for a Super Bowl ring going into the conference championship games Sunday.

The Jacksonville Jaguars, where four-year pro Tyler Shatley plays, stunned the Pittsburgh Steelers with a 45-42 road win. They will head to New England, where former Tigers tight end Dwayne Allen sees action, after the Patriots cruised to a 35-14 win over Tennessee. The AFC Championship kickoff is set for 3:05 p.m. Sunday (CBS).

On the NFC side, Minnesota’s Clemson DB duo of Mackensie Alexander and Jayron Kearse looked all but eliminated until a late misplay in the Saints secondary:

Alexander, a second-year pro, was under fire from Drew Brees and the Saints offense down the stretch, but he did manage a tackle and a pass breakup over the game. Kearse added a stop as well as the Vikings bid to be the first team to host a home Super Bowl matchup with a win Sunday at Philadelphia (6:40 p.m. ET/FOX).

Back in Pittsburgh, the Steelers’ effort wasn’t without a couple big catches from former Tiger Martavis Bryant.

Trailing 28-7 and facing fourth down going into the half, Bryant accelerated past defenders and made the over-the-shoulder grab to make it a two-score game:

Ben with a big time TD to Martavis Bryant 28-14 heading to the half. #HereWeGo pic.twitter.com/n7fo9yyAWf

Martavis Bryant's deep TD illustrated by our #NextGenStats dashboard. Had 2.62 yards of separation when the ball arrived @steelers pic.twitter.com/61VjCUfusj

Bryant’s absence from regular snaps was noted by Pittsburgh media, seeing four targets but logging two catches for 78 yards. He came back from a year-long suspension this season, but after few targets early in the campaign, Bryant expressed frustration and seemed to push for a trade through the media.

He took the high road postgame Sunday, however.

"Man, right now, I'm not going to discuss that," Bryant told reporters. "We just lost. … I'll let everything play out in the offseason and worry about the game right now. I'm just sad we lost."