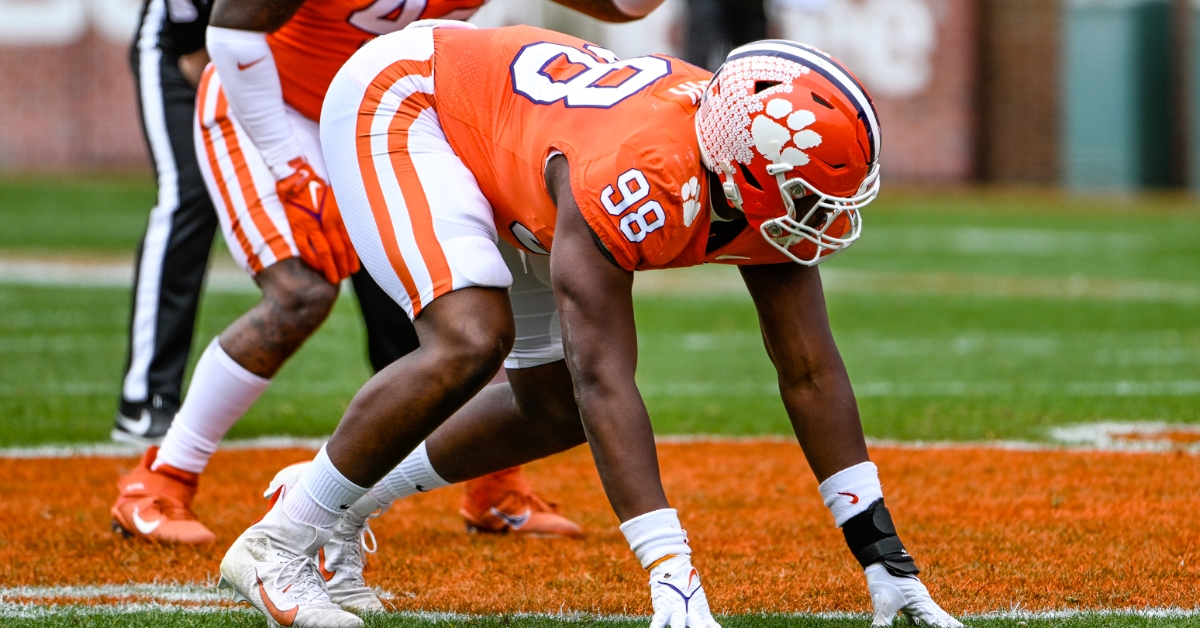 Myles Murphy and the Clemson defense should anchor a 2022 Playoff run.

A number of teams are through the spring portion of the college football calendar and now the transfer portal will heat up some before summer workouts.

Now under five months out from football, Pro Football Focus released a 'way-too-early' college football rankings with Clemson at No. 4. The top-4 is completed by Alabama at the top, Ohio State and then Georgia.

"Clemson will go as far as its defense will take it," PFF's Anthony Treash writes. "The Tigers' defensive unit is stacked, especially along the defensive front. With edge defenders Myles Murphy and Xavier Thomas in addition to interior defensive linemen Bryan Bresee and Tyler Davis, their defensive line is going to be in the conversation for the best in the nation. Last year’s defense finished top five in expected points added (EPA) allowed last year, and there’s a good chance Clemson holds onto a top spot in 2022 despite defensive coordinator Brent Venables' departure.

"Clemson's offense didn’t have nearly the same amount of success last year and was the key reason for the team's first sub-10 win regular season since (before the) 2015 (season). The passing offense went from 12th in the Power Five to 58th in passing efficiency year-over-year. Quarterback D.J. Uiagalelei struggled to overcome his accuracy woes and turned in a 64.8 passing grade for the season. If Uiagalelei plays at that same level, the ACC may be out of Clemson's hands once again. That is, unless Swinney and Co. make the big decision to pivot to five-star true freshman quarterback Cade Klubnik."

Another ACC team joins Clemson in the top-10 with Wake Forest, at 10, and November opponent Notre Dame is 11th. 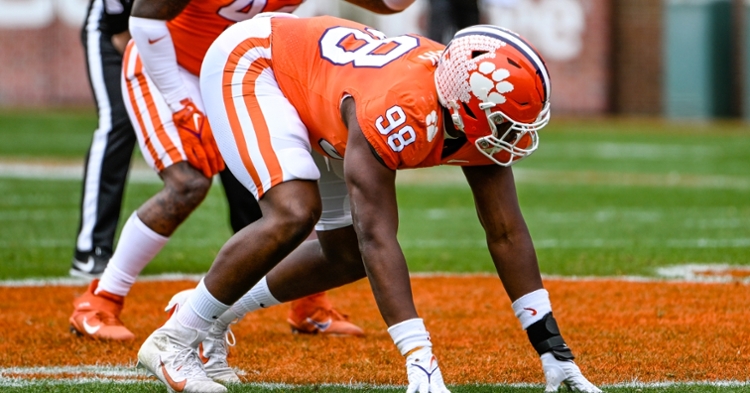 Myles Murphy and the Clemson defense should anchor a 2022 Playoff run."