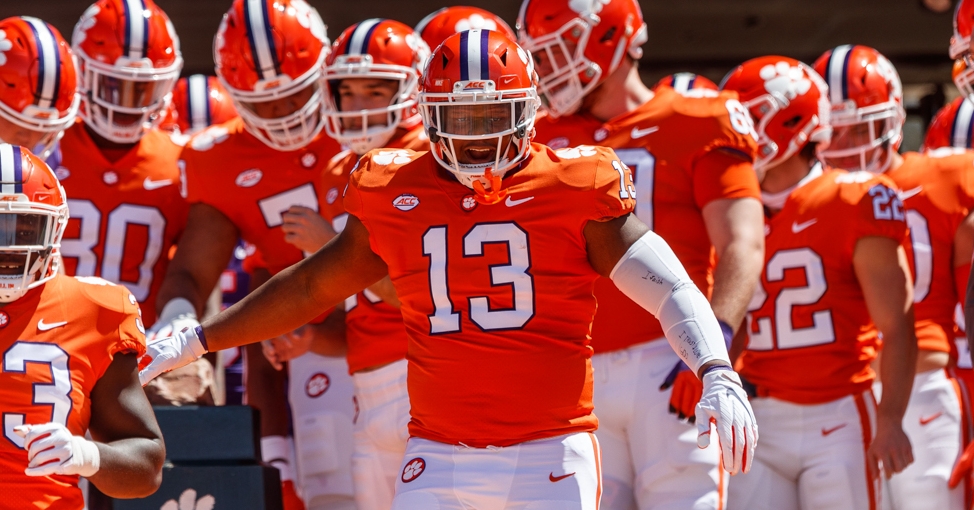 Tyler Davis is an anchor in the middle of what should be a strong Clemson front-seven.

Clemson fans have a good idea of just how good the Tiger defense will be in 2022. At least one outlet says one aspect of that unit is the nation's best.

CBS Sports ranked the Clemson front-seven No. 1 overall this week.

"If coach Dabo Swinney's crew is going to get back to the top of the college football world this year, it'll be on the heels of one of the best defenses -- personnel-wise -- that he's ever produced," CBS Sports' Barrett Sallee said. "Superstar Bryan Bresee will anchor the middle of the line of scrimmage and, when healthy, is the top defensive lineman in the country. Add Xavier Thomas and K.J. Henry at edge, and the line should be devastating. The linebacking corps will be led by Trenton Simpson, who had 64 tackles, 12.5 which were for a loss, last season.

One team on the schedule is among the honorable mentions with Notre Dame, and Pittsburgh out of the Coastal Division is also in that mix.

Alabama ranks No. 2 to the Tigers.