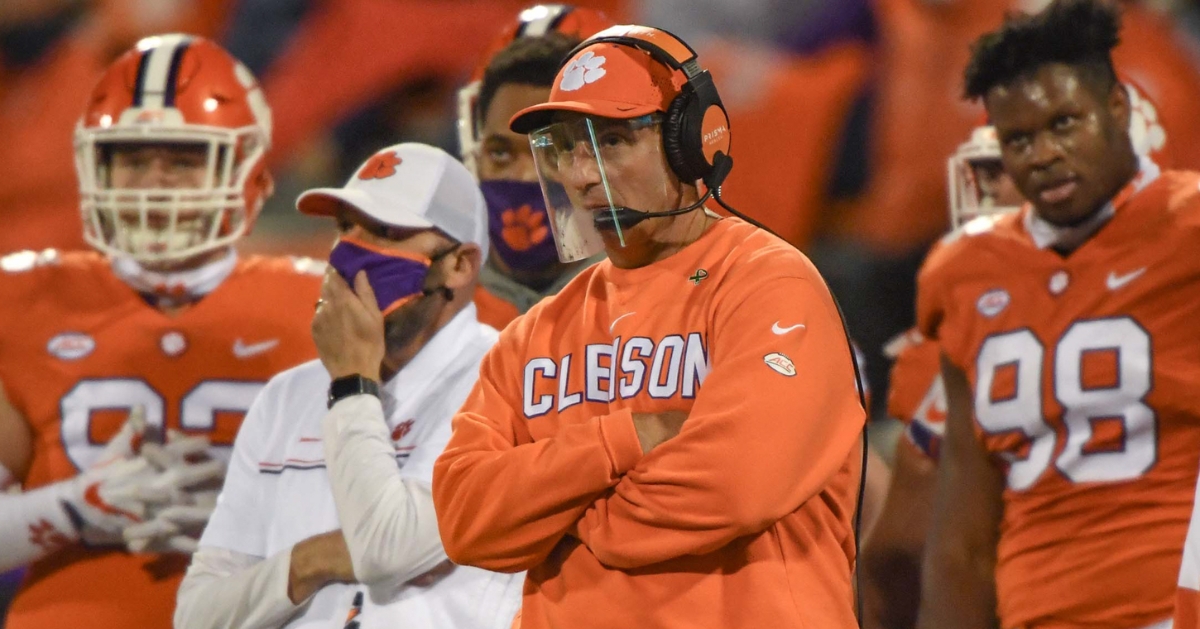 The Tigers should see that ranking only go up after recent classes (ACC photo).

The metric takes a 5-year snapshot at players going to the NFL and assigns points to an eligible group for different round selections, taking players out of the grading who did not finish their time at the school in certain situations or transferred after two or fewer seasons. Clemson fell from a third-place ranking in 2020 to 11th after the most recent draft, which was explained by the site.

"Clemson ranked No. 3 in development rating a year ago," 247Sports' Chris Hummer said. "The reason it dropped is simple: The Tigers had seven of their 11 qualifying players from the 2016 class not get drafted. At the same time, a 2011 class with two first-round picks in five qualifying prospects was no longer eligible to be counted.

"The Tigers are going to be an interesting case for Development Rating moving forward. Clemson signed its first top 10 class under Dabo Swinney in 2015. So, Clemson’s number of Top247 players in this study will only increase. It’ll be interesting if the draft production keeps up. Unlike a lot of other programs that cycle out players quickly – the bottom half of Alabama’s roster tends to turn over each cycle so the Tide can keep signing monster high school classes – Clemson’s roster tends to be more static with fewer players opting to leave no matter their place on the depth chart."