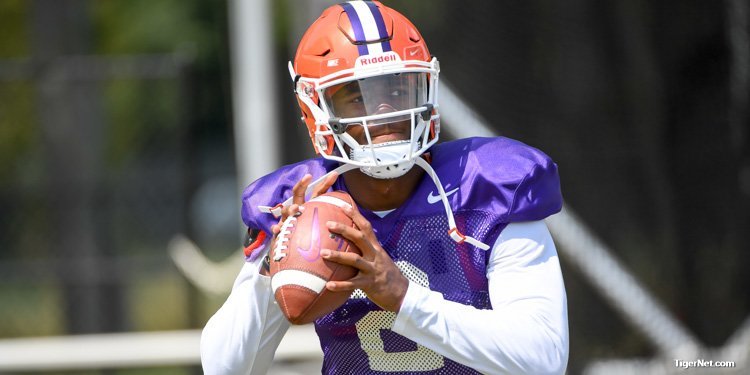 KB will start against the Paladins

The Clemson depth chart has been released for the opening home game against Furman on Saturday afternoon.

Some initial news on the depth chart includes:

-- Kelly Bryant will be the starting quarterback in game one vs. Furman.

-- BT Potter named as a kickoff specialist as a freshman.

-- Jackson Carman is named to the backup left tackle position.

-- Tre Lamar is back at starting MLB and Kendall Joseph is at WLB.

-- Kyler McMichael is already a backup to Trayvon Mullen at cornerback.

-- Receiver Trevion Thompson has moved from boundary to slot.

Clemson vs Furman Depth Chart
Get the latest Clemson gear right here!
Comment on this story