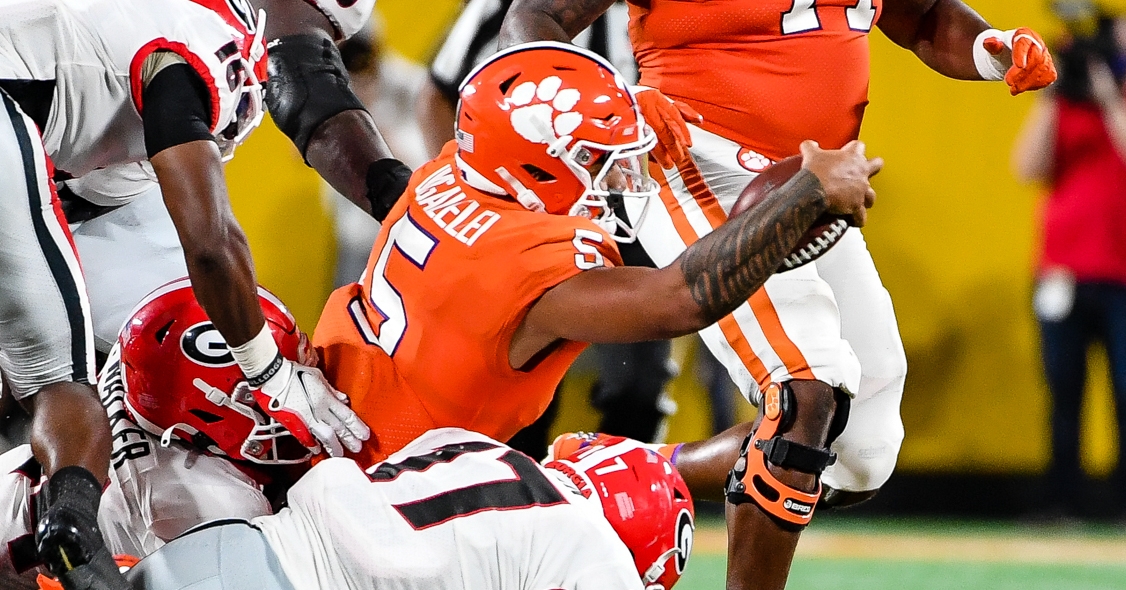 Klatt says the Tigers are fine going forward this season.

"Clemson fans, you need to relax," Klatt said this week. "Everybody around college football relax with the whole 'Clemson is done' takes. They're not going anywhere."

Klatt said so in his top-10 rankings this week that have Clemson No. 5 overall behind Alabama, Georgia, Ohio State and then Oklahoma.

"What teams in the country can do to Clemson what Georgia did to Clemson? Maybe two? Maybe. Alabama and Georgia. I don't see another defense that can do to DJ Uiagalelei what Georgia's defense did to him," said Klatt. "Oh, and by the way, Clemson just held Georgia to three points offensively. It's one mistake. DJ makes the mistake and JT (Daniels) doesn't make the mistake. So JT Daniels didn't make the mistake and they won the game. It's that close. That was a razor-thin margin and everybody's like, 'Oh Clemson, they're going to have problems.' 'They're going to struggle.'

"With who? Who in the ACC can do that to Clemson? Clemson is No. 5 and I think they're just fine."

Clemson returns to action on Saturday at 5 p.m. versus SC State on ACC Network.

"Clemson fans, you need to relax. Everybody around college football, relax with the 'Clemson is done' takes. They're not going anywhere."@joelklatt explains why people need to stop overreacting to Clemson's loss vs Georgia ?? pic.twitter.com/DZHmREsWW2