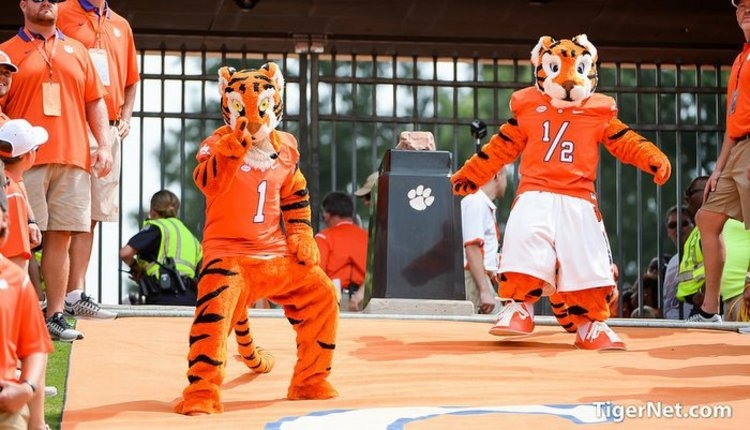 Clemson, S.C.—Sixty-three student-athletes in 13 different sports graduated from Clemson University during ceremonies at Littlejohn Coliseum on Thursday, May 11 and Friday, May 12. The 63 graduates included six who returned to campus in the Tiger Trust Program.

The Clemson football program had 19 graduates receive diplomas over the two days, including five who were in the Tiger Trust Program. Among the Tiger Trust graduates was Terry Allen, an All-ACC player from 1987-89 who went on to an 11-year NFL career.

With the completion of the ceremonies over the last two days, Twenty-three of 24 senior lettermen on the 2016 Clemson National Championship team have graduated. The one senior who has not has just one class remaining to complete his degree requirements. In Head Coach Dabo Swinney’s career, 154 of 159 seniors have earned degrees.

Many other sports were represented during the graduation ceremonies this week. The rowing team that will play host to the ACC Championships on Sunday had 11 graduates over the last two days. Seven members of the women’s track program graduated, including Iana Amsterdam, a three-time ACC triple jump champion.

The Clemson baseball team had five graduates, including All-American Pat Krall and the team’s top hitter this year, Reed Rohlman. They will both be in action this weekend when Clemson plays host to second ranked Louisville.

Congrats to these 5 (Towns, Barnes, Andrews, Krall, Rohlman), who all received their degrees in the last 24 hours! ?? pic.twitter.com/7xsw7MZmQC

Both Clemson soccer programs had four graduates. The women’s soccer graduates included Emily Byorth, who was a two-time Academic All-American. She and her sister and fellow graduate Gabby Byorth helped Clemson to the Sweet 16 of the NCAA Tournament and a No. 12 final ranking last fall. The Clemson men advanced to the Elite Eight and finished fifth in the final poll.

Starting center Sidy Djitte from the men’s basketball team graduated this week, meaning each of the last 16 seniors on Brad Brownell’s team has earned his undergraduate degree, a stretch that dates to 2012. Last week the program was honored as ranking in the top 10 percent in the nation in terms of APR scores.

Clemson Student-Athletes who Graduated May 11-12