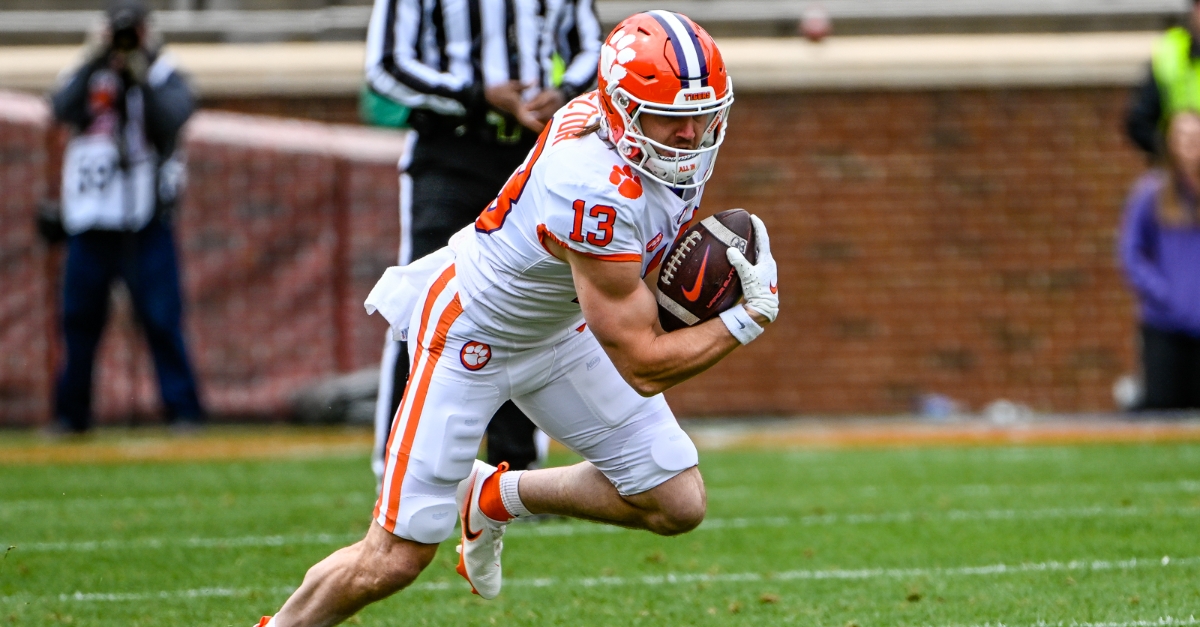 Brannon Spector's return to action was a bright spot Saturday for Clemson.

Unseasonably cool weather put a bit of a damper on the spring game, but not as much as the injury-depleted rosters. The list of recuperating players was especially long on offense. Wide receivers EJ Williams, Beaux Collins, and Adam Randall were out. Running backs Will Shipley and Kobe Pace, tight ends Davis Allen and Sage Ennis, and offensive linemen Walker Parks and Dietrick Pennington also did not play.

With so many players missing, we have to be careful about drawing big conclusions, but we wouldn’t have watched if there was nothing to learn. There were four big items I wrote about prior to the game so let’s take a look at each of them.

Clemson’s offensive line had the misfortune of facing the Tigers’ deep, talented defensive line that was better positioned to perform well in a split-squad situation. The defensive ends especially excelled. KJ Henry had 3.5 sacks and Myles Murphy had three. There were 13 total sacks in the game.

The offense was quickly down to walk-ons playing on the O-line, but before that, Ryan Linthicum caught my eye. He seemed solid at center for the White team and snapped the ball consistently well. The offensive line is an area where many have been hoping for a transfer to come in and give a boost. They may not need it when healthy and not playing in a split-squad scrimmage, but additional depth would be awfully nice. 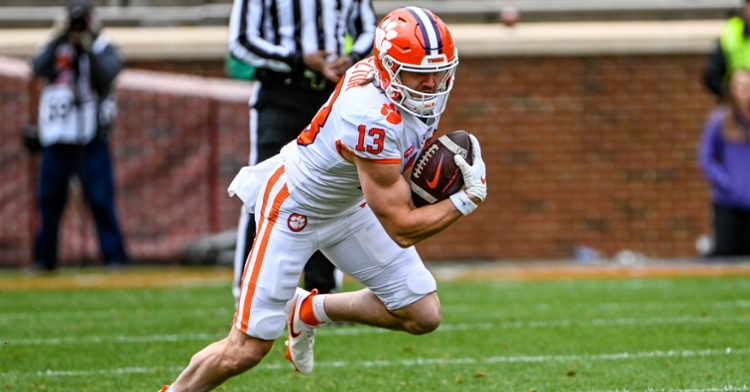 Brannon Spector's return to action was a bright spot Saturday for Clemson. "

Perhaps the biggest thing fans hoped to see was improved QB play. For the Orange team, DJ Uiagalelei was 17-36 (47%) with 175 yards (4.9 Y/A) and 1 INT and no TDs. The team’s only TD came after being gifted great field position. He made a few really nice passes to Joseph Ngata along the sideline but still showed some accuracy issues. The Orange team did not have any of Clemson’s top three tight ends and Ngata was the only one of their top four wide receivers. That obviously played a big role, as did an offensive line that didn’t give him time to push the ball downfield. That said, something more than brief flashes would have been encouraging.

For the White team, true freshman Cade Klubnik performed a bit better. He was 15-23 (65%) with 106 yards (4.6 Y/A) and a game-winning TD early in the fourth quarter. He wasn’t able to lead any long drives, but there were several aggressive passes thrown with zip that his receivers should have or at least could have caught. Before the game-winning TD pass, he threaded the needle on a throw to Tye Herbstreit, but it was dropped. He bounced right back by lobbing a perfect pass to Hamp Greene in the corner for the touchdown.

Based on a tiny sample with depleted rosters around them, I believe Klubnik will really push Uiagalelei for meaningful snaps this season. That said, I’m still left tempering expectations for a quick return to elite QB play.

I was hoping we’d get a little glimpse of the increased tempo Brandon Streeter talked about, but the aforementioned offensive struggles axed any hope of that. The Tigers hope to see it in the opener against Georgia Tech.

We were all itching to see some receivers break out with a big performance. The offensive lines (and the down-upon-touch scrimmage rules) didn’t give either QB much time to attack downfield. Despite that, Klubnik’s favorite target, TE Jake Briningstool, had a banner day with 7 catches for 58 yards. Clemson could continue using some of the two-TE sets we saw late last season. With Davis Allen and Sage Ennis returning from injury for the start of the season, they may need to so all three can get enough snaps. This may be Clemson’s best TE group since Jordan Leggett departed.

Hampton Earle had 65 yards and deserves kudos as does Hamp Greene who caught the game-winning touchdown. Beyond them, I thought Ngata looked like the team’s top receiver. I expect him to be a favorite target for Uiagalelei.

Finally, I was elated to see Brannon Spector finally back from all the health issues and looking good. He had four catches for 33 yards and seems to be well-positioned to become the starting slot receiver. There is still reason to be concerned about the overall wide receiver play and wonder if it will lack the type of dynamism we see at other elite programs (most copiously put on display by Ohio State in the Rose Bowl), but if Ngata and Spector can stay healthy, it should be better than last season.