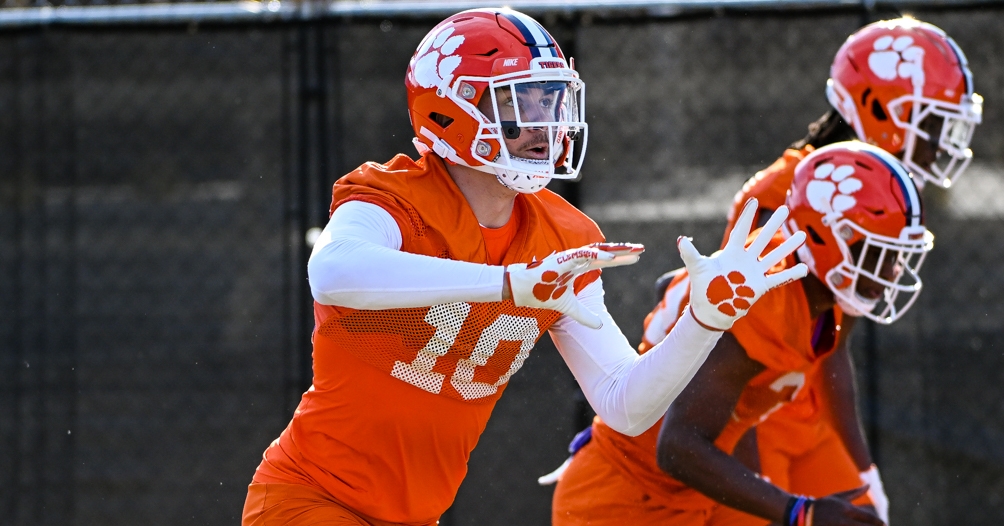 Lukus will have surgery during spring break.

CLEMSON – Five spring practices are in the book and head coach Dabo Swinney met with the media for about 30 minutes following Wednesday’s practice. That means there is plenty of news and notes to pass along.

We will start with a little surgery news – freshman defensive back Jeadyn Lukus has impressed during the early part of camp, and Swinney mentioned both Lukus and Toriano Pride during his Wednesday comments as players who will contribute in the fall. However, Lukus will have shoulder surgery during spring break to “clean up some things” but should be ready to go for summer workouts.

Swinney said that talent-wise, Nate Wiggins is “as good as anybody we’ve signed here.” Still has things to work on and corners coach Mike Reed is polishing him up.

*Swinney gave high marks to the offensive line, saying he only noticed new center Will Putnam once during the practice (and that was for a bad snap). Putnam had 30 live snaps and is making progress. He also said that Tristan Leigh is a different player than he was even at the end of last season. Leigh has gotten stronger and he thinks “the game has slowed down for him.” Left tackle Jordan McFadden was wearing a yellow jersey and has missed a few practices, allowing Leigh the chance to shine. 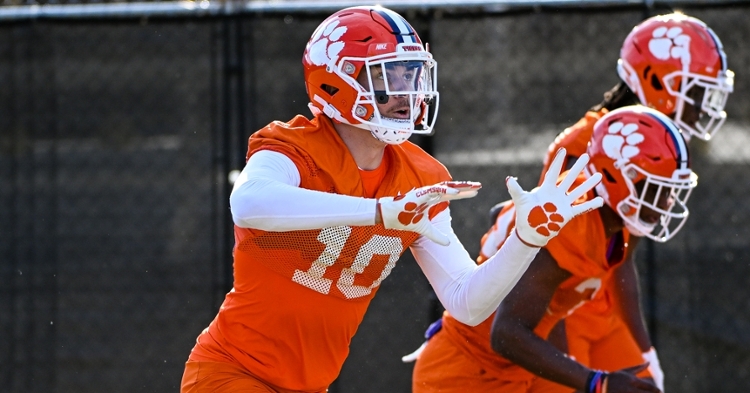 Lukus will have surgery during spring break. "

At right guard, both Mitchell Mayes and Bryn Tucker are taking snaps and it doesn’t sound like either player is taking the job. However, he thinks Dietrick Pennington will also have a say once he completely returns from injury.

*Freshman wide receiver Adam Randall has been impressive early in camp and made some plays Wednesday, but he’s also hit the freshman wall a little bit (a lot of installation). The Tigers have just six scholarship receivers in camp, but one of those is Brannon Spector, who missed all of last season, Swinney said of Spector, “sometimes you forget how fast he is.”

Swinney also praised wide receiver Joseph Ngata, even though he said he was a little reluctant to mention Ngata considering his injury-prone past. But Swinney said that Ngata looks like a pro, is playing like a pro, and is practicing like a pro.

*Wide receiver Troy Stellato has missed time after pulling a hamstring the first day of practice.

*Quarterback DJ Uiagalelei had maybe his best practice since he’s been at Clemson and was 16-of-18 through the air. Swinney Uiagalelei has applied the lessons learned last season and looks like a veteran.

One interesting note on freshman quarterback Cade Klubnik – Swinney was asked how Klubnik compares to Trevor Lawrence and Deshaun Watson at the same stage, and he said, “Rinse, repeat. Same type of deal. He’s everything we thought he was. He’s very sharp.”

Swinney said Klubnik has added muscle and a little weight and is close to 190 pounds right now.

*Cornerback Fred Davis is back at practice now still in green (no contact).

*He was asked about Ruke Orhorhoro and Etinosa Rueben, and he said recruiting was at a place when they were signed where they could take some developmental guys. Orhorhoro has improved so much that Swinney thinks he will have a decision to make (about jumping to NFL) after this season but expects Reuben back for another year.

*He was asked about punter, and he said that the most impressive punter so far has been kicker BT Potter. “He wants to be Chris Gardocki.” He said that freshman Jack Smith has not hit his stride.