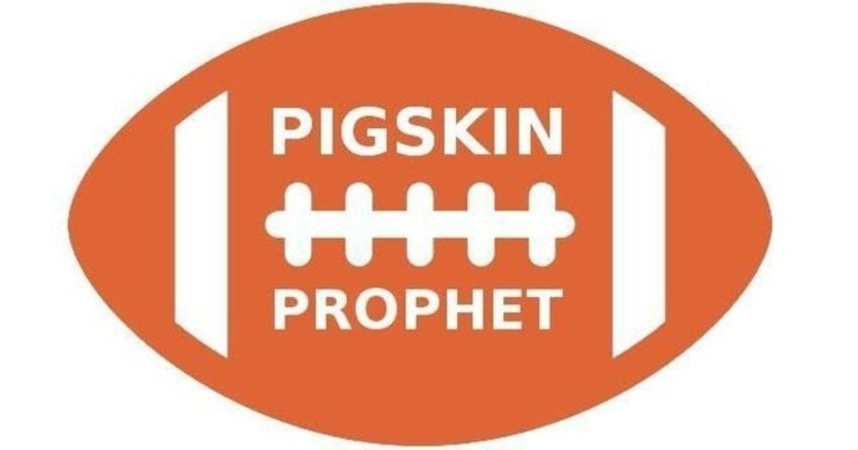 The Tigers and Demon Deacons are set to mix it up Saturday at high noon in Winston Cup Salem in what figures to be an early-season showdown for ACC Atlantic Division supremacy. But this is just one of the good games on the docket in what should be a fun and wild Saturday.

It should also be dry, which won’t necessarily be the case a week from now when the early forecasts have torrential rains moving into the area.

Speaking of torrential rains, boos rained down on the Gamecocks last weekend as top-ranked Georgia waltzed into Williams-Sonoma Stadium, ruined their Title IX celebration, ruined their hopes for an 11-win regular season (hahahaha), and ruined any hopes for a SEC East title (hahahaha).

In case you missed it, someone had the bright idea to honor over 400 female student-athletes, on the field, during a media timeout (usually a little over three minutes). The Gamecocks were going for it on fourth down, and the offense came out and lined up in formation while the student-athletes on the other end of the field were still taking selfies and trying to process in an orderly fashion.

I was told they really wanted to do it halftime, but also realized that most of the fans would no longer be in attendance and would be disguised as empty seats. Go figure.

Go have fun this weekend.

This truly is a mountain kind of showdown. The Mountaineers will put wheels on their burned couches and head over I-79 into Blacksburg for a date with the Hokie Stones. This should be a fun Thursday night environment – the locals try to terrify the competition by jingling their keys at them while listening to Metallica. Then, when they think they need a little extra juice, the sound of a turkey gobble echoes off the stadium walls. Turkey gobbles and keys are the stuff of nightmares, yes, and the Hokie D has played ok this season. But JT Daniels has played in some tough games and the gobbles will be wails by the end of the night. WEST BY GOD VIRGINIA 27, VIRGINIA TECH 23

Don’t look now, but the Orange are 3-0 after a thrilling win over Purdue last week. This one takes place at the Dome Formerly Known as the Carrier Dome, and a place that new Cavs head coach Tony Elliott knows well. Elliott’s offense, expected to be the best part of this team, hasn’t cranked it up. Not yet. And the Orange are playing stingy with no turnovers yet this season. I fully expect the Cavs to get it going, at least a little bit, against an Orange defense that is suspect in the passing game. But that Cavs defense? It’s a train wreck inside a Dome. CUSE 30, VIRGINIA 23

I went to this game two years ago, and I told everyone that their stadium reminded me of the one my nephew had when he played high school ball in Texas. It’s quaint. Cute. But not intimidating. The Demon Deacons (Why is he a demon? Did he steal from the offering plate? Run off with the preacher’s wife on his motorcycle? Try dirty things with that hen that takes a shower in Columbia?) have plenty of offensive firepower and a quarterback who started the 1932 Sugar Bowl. He’s been around a long time, and he has plenty of experience and playmakers. But this Tiger defense has been pushed around two straight games and they will want to show they still have what it takes. A close one for the most part, but the Tigers show their stripes late. CLEMSON 37, WAKE FOREST 23

As far as we know, there are no plans to honor their equestrian or bass fishing teams this weekend, so timeouts shouldn’t be a problem. Charlotte can move the ball and South Carolina’s run defense is suspect, but Charlotte hasn’t played anybody and is last in the nation in total defense. The Gamecock offense, bolstered by that wet hen and some fire extinguishers, will come out firing for once and put some points on the board and some fans will actually stay until midway through the third quarter. It will be over by then, anyway, and old Mayo won’t have to act spastic in his postgame presser. SOUTH CAROLINA 51, CHARLOTTE 20

The Irish have been atrocious on offense this season. The defense has been pretty good. The Tar Heels have been great on offense. The defense has been atrocious. So what gives Saturday in Chapel Hill? Caroline, Hadley, Sloane, Tinsley, Harrison and Reid will be tailgating early for this one, with charcuterie trays and wine underneath a tent at their Volvos and Land Rovers. The guess here is that Irish get it going, just enough, on offense to keep the ball away from UNC. And that Notre Dame defense will do its part in limiting Drake Maye. This one is gonna be another thriller, another close one, and the Irish find a way to win late. NOTRE DAME 31, UNC 27

The Aggies proved last week that the Hurricanes are indeed not back, but the Hogs head into Texas intent on proving that little Jimbo and his 1941 Wing-T offense aren’t back either. Sam Pittman and his Wal-Mart pigs are bludgeoning people up front and running the ball at will. That recipe will work again this week against the Fightin’ Jimbo NILs, and the anger gets a little deeper in Aggie land. ARKANSAS 30, TEXAS A&M 20

Top Clemson commit: 'Coach Deion Sanders is trying to holler at me'