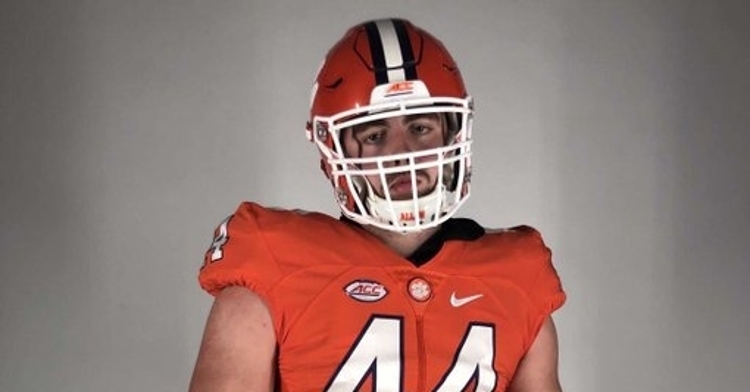 Gunner Givens reported a Clemson offer on June 1st, and his Clemson recruitment involves coaches on both sides of the ball. Givens is a 6-6, 275-pound athlete from Lord Botetourt (VA) Daleville, regarded as the No. 1 offensive tackle in the nation and a top-20 player overall in the ’22 class. The 5-star prospect from Virginia recently released a top-12 of Clemson, Alabama, Auburn, Georgia, Florida State, LSU, North Carolina, Ohio State, Oklahoma, Penn State, South Carolina, and Virginia Tech.

Givens has been in contact with defensive coordinator Brent Venables and offensive line coach Robbie Caldwell during his recruitment. Although Givens is regarded as the top offensive tackle in the country, the Tigers like what they see from Givens on the defensive side as well.

“I’ve talked to Venables and Caldwell. We’ve talked about a lot of things including non-football stuff, like my family and things like that,” Givens told TigerNet. “They haven’t told me specifically yet what position. They believe I have talent to play there at multiple positions.”

Givens has drawn high praises from Venables and Caldwell during their conversations, and Clemson isn’t the only school who is interested in Givens at multiple positions.

“Aggressiveness, speed, footwork, a leader, and my abilities,” Givens said of what coaches see as his strengths. “(Venables) says I play the most aggressive out of anyone he’s seen in a while. He thinks I’m a great young man. (Caldwell) likes my aggressiveness and play through the whistle. Clemson said if I maintain my weight and athletic ability I can play defense. Most schools have just offered me as an athlete for now to see how my weight plays out before I graduate.”

With coaches being able to have full contact with ’22 recruits, Givens has heard from all of the top programs across the country. What is Givens looking for in a school as his recruitment continues? And what has the recruitment been like for one of the top prospects in the country?

“My position, NFL talent produced, player development, school, and a good team atmosphere,” Givens said of his factors in his recruitment. “It’s been great, just building good relationships. Certain coaches have been reaching out and showing love more than others.”

Givens visited Clemson in March and came away impressed with everything about the program. Givens said Clemson is “elite at everything they do”, and the Tigers seem to be in position to remain a major player for the talented athlete.

“I like the program because they play a high level of football and have the best coaching staff in the country,” Givens said of Clemson.

Givens lines up at multiple positions for his high school team and holds collegiate offers at defensive end, tight end, defensive tackle, and offensive tackle. Givens posts impressive numbers in the weight room and has also played AAU basketball. Givens primarily played tight end as a sophomore in high school, and his athleticism is evident from his highlight tapes. Givens size and strength make him a natural fit at offensive tackle, and his physicality makes him one of the top recruits in the country.