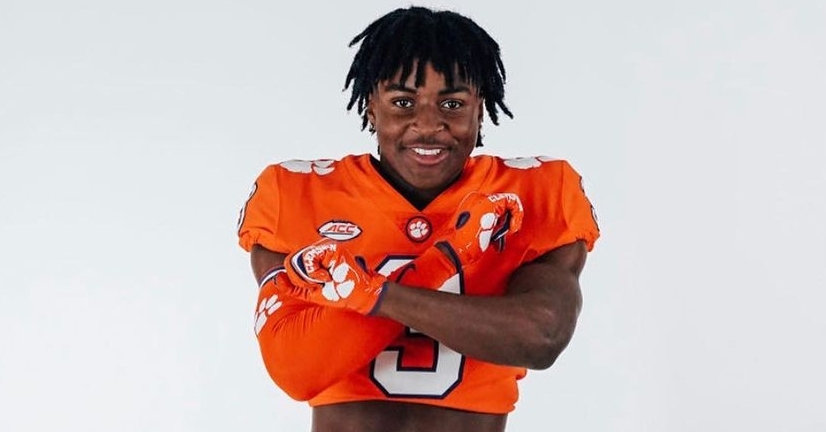 Robert Billings is feeling the love from the Tigers.

One of Clemson's top safety targets understands there is a time crunch as the Tigers' 2023 recruiting class continues to add to its number.

Clemson wants two safeties in the 2023 class and has one in the fold in Kylen Webb of Sarasota. Tigers head coach Dabo Swinney and safeties coach Mickey Conn would like to fill the other spot as soon as possible. Rob Billings (6-1 185) of Alpharetta (GA) Milton is one the Tigers have been recruiting for the position. Billings is well aware of the situation with the Clemson safeties and understands if he doesn’t move soon there might not be a spot for him.

“There’s a time crunch, but you know I’ve got to play it smart,” Billings said. “If I want to go to Clemson I’ve got to commit sooner or later. But I’m going to take it slow right now. I might take a couple of visits (in July) and after that I might decide where I want to go.”

Billings made his official visit to Clemson the first weekend in June and says he continues to get a strong sales pitch from Conn.

Billings said the fact Conn and Clemson have kept up the strong interest in him since offering him earlier this year has meant a lot to him as he weighs his options.

“Just how they are recruiting me,” he said. “Since they offered me, the communication hasn’t fell off. They’ve shown the interest ever since the day they offered me. I’ve been on campus three times and every time I’ve been there it’s felt like home, like family.”

Clemson was the only official visit for Billings in June. If he can, he said he’d like to visit Florida State and Kentucky in July. He’s also been communicating with Duke, Ole Miss, Cincinnati and Missouri and could visit some of those schools if he stretches the recruiting into the season.