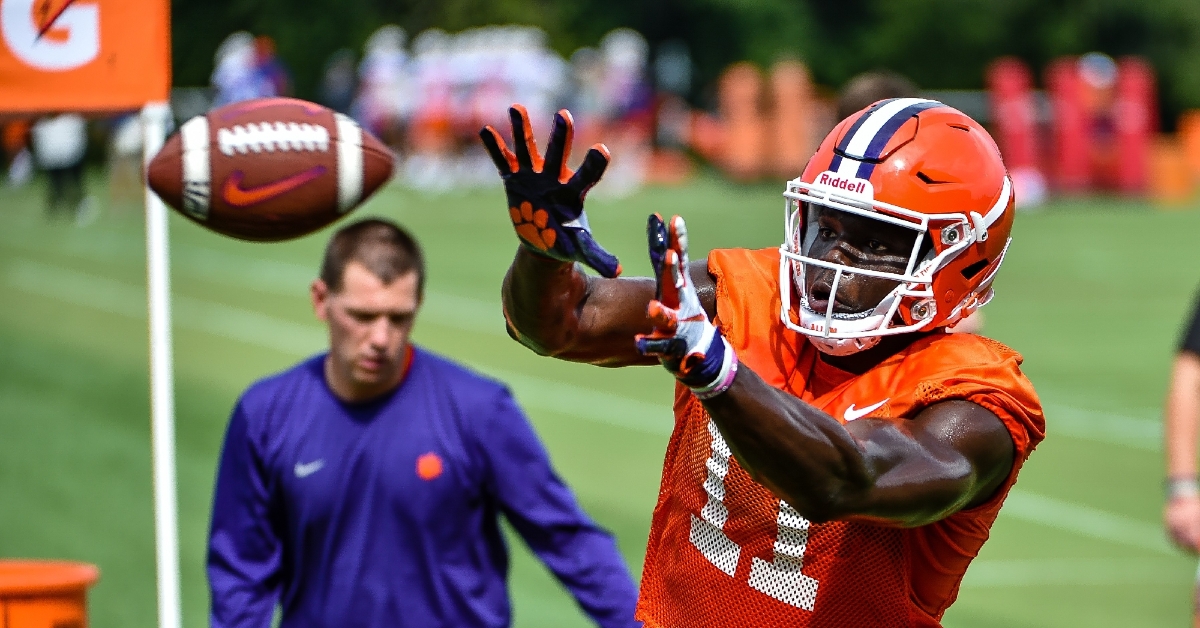 If Clemson is to approach the 85-scholarship limit in 2022, head coach Dabo Swinney may indeed have to dip into the transfer portal.

Wide receiver Ajou Ajou entered the transfer portal Saturday, leaving the Tigers well short of the numbers needed to hit that 85 mark with the early signing period less than a week away. If Ajou leaves – he still has the option of returning – that leaves the Tigers with nine scholarship wide receivers. That number of nine includes Drew Swinney. It also includes Brannon Spector, who has battled COVID and had surgery this week to repair another issue. No one is sure if he will play in 2022 (the hope is that he does, but after missing all of last season, who knows?). Those numbers include wide receiver commits Adam Randall and Antonio Williams as well.

That means there are just five players at that spot that are considered top-tier players with any experience, and that number includes the oft-injured Joseph Ngata, EJ Williams, Dacari Collins, Beaux Collins, and Troy Stellato (who didn’t play much this season). Those numbers are bleak.

Overall, the numbers are also staggering.

Look at it this way – let’s assume (might be wrong, who knows) that KJ Henry and BT Potter return for another season. Then assume that Tyler Venables will follow his dad out to Oklahoma and there is no more attrition from the portal, that leaves 27 open scholarships once the season ends and just 58 scholarship players on the roster. If Hunter Helms is given a scholarship in January, which we’ve heard, that takes the number to 26 open and 59 on the roster. NOTE: 34 players that started the 2021 season will not be on the roster next season. 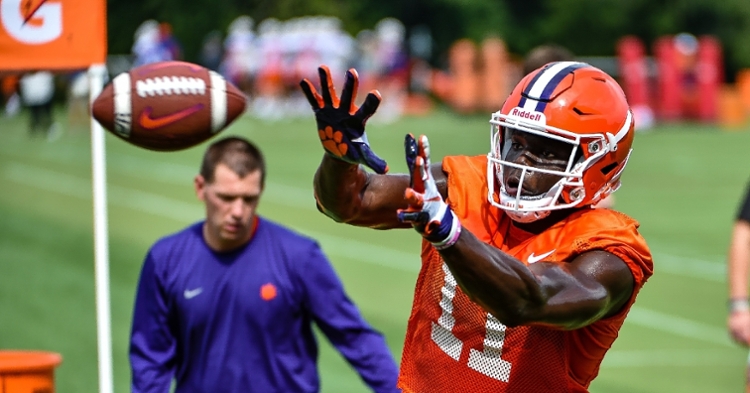 Currently, there are 12 recruits committed for 2022. We have to assume there will be more commits, but that number will not be close to the 14 open spots.

Clemson has had nine players leave via the portal this year, but that number is nowhere near what other schools are experiencing. West Virginia has had 27 players leave since last January. There have been over 200 players enter the portal since the start of December (coaching changes have seemingly caused the surge). And the sad thing – at least for the players – is that many of them will not land anywhere else.

The portal isn’t the end-all, either. There are very few players of a caliber that can help a school like Clemson – most of them have been beat out at their current school and are searching for playing time elsewhere and players like Justin Fields and Joe Burrow are the exception. You just don’t go in there and pluck 4-stars and 5-stars at your discretion. But talent is out there and that doesn’t mean you can’t find help there, and if the Tigers are looking at double digits or even eight or nine spots once the February signing period is complete, Swinney will have to use the portal, right? You can’t give all those open spots to former walk-ons who only contribute to the scout team.

Swinney told us earlier in the season that he wouldn’t hesitate to use the portal if needed. It looks like it will be needed.

“There isn't a school in the country who won't recruit the portal. Everybody in D-1 football will have to deal with the portal in some form because you're going to have gaps in your roster somewhere,” he said. “They have until May 1 to say, 'I'm out.' That is the world we have created. I don't like it but that's the world we are in now. The next thing you know we're going to have midyears leave because they're third-team or because someone yelled at them in mat drills. There are no barriers anymore in college football. It's just ready, shoot, aim. You don't have a choice.

"We'll deal with it but we won't be as affected as many programs. We won't just do it to do it. It has to be strategic and the right fit. Kids who are in the portal want to be starters. No one wants to come to Clemson to be the fourth-team running back. Most kids in the portal, there's nowhere for them to go. If y'all find one, y'all let me know. But yes, when it happens, it'll be one of the greatest days in the history in Clemson. We'll have someone in the portal and y'all can write about it. And he better be a great player.”

Swinney said that recruiting and roster management are constantly changing, sometimes by the hour.

"It's a crazy world. I never thought I'd experience anything like this when I got into coaching. You have the transfer portal, so a lot of high school kids are going to get pushed to the side,” Swinney said. “A lot of high school kids are trying to be midyear guys to get a spot. They're trying to compete with the portal. We'll have 12-to-14 midyears who will show up in January. Most of our signees are midyears now. So nobody has figured it out. It is a daily, fluid situation."

Swinney then said that he’s never ruled out using the portal, there hasn’t been a need for it. Yet.

"Someone is going in the portal everyday, so eventually people will quit commenting on it. It's an unintended consequence, but that's what we're dealing with,” Swinney said. "I've never ruled it out. I've just said we haven't had to use it. We have been at our number. It's not been a need for us. We've known guys who were leaving and we addressed it on the front end in recruiting. We knew. I knew last year that Nyles (Pinckney) and Jordan Williams were leaving. You know some of these things and you address it. This is the first full cycle where there is nowhere to address it.

"I signed a quarterback from Stanford (David Olson). I told him up front that he'd be my scout team quarterback. He wanted to get back to South Carolina. There was no portal, but he was a grad transfer. He wasn't looking to come in here and be the starter. He wanted to be a part of our culture and get into coaching. We've had guys walk on throughout the years, guys who played at other places. But yes, again, everyone will have to use the portal at some point."