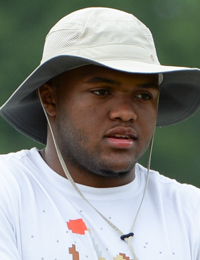 Mickey Plyler on Bryant: "The Tigers lose three defensive ends and Bryant has a chance to come in and play this season. He is coming off of an injury but if he is physically able to go then he will get a chance. He is a bigger defensive end but still can rush the passer. I think this is one of the potential sleepers of this class."