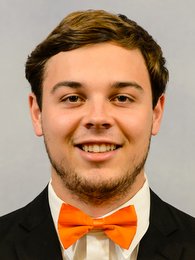 2016: Appeared in two games, going 4-4 passing for 25 yards ... made collegiate debut against SC State, hitting on all three of his pass attempts for 22 yards ... completed a three-yard pass in game against Syracuse.