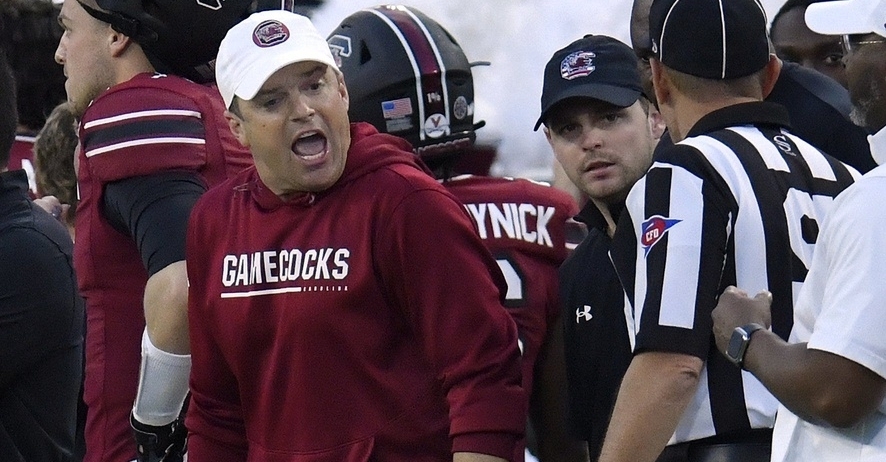 Twitter is an absurd playground filled with diverse opinions and hot takes, with most people arguing back and forth daily.

So basically, like many people's families but online for all to see.

Like most fans, they wanted a huge splash with a big-name hire, and I guess Loggains' name wasn't exciting enough.

Fast forward to this week as Clemson fired Brandon Streeter as their offensive coordinator and hired the 2022 Broyles Award winner Garrett Riley to a three-year deal worth $1.75 million per season.

That hire was massive news in college football as Clemson tries to reinvent itself to become of the nation's elite offenses in 2023.

"Shane Beamer and South Carolina really wanted Garrett Riley - Clemson got him. What does that say about the "tier status" of both of these two programs?"

Beamer saw the tweet and responded to it by defending his program but in a pretty obnoxious way for a college football coach to act:

I normally don't respond to second-rate /J.V. radio programs I've never heard of (and apparently no one else has either considering you're in the Upstate & have 8,000 followers )

Happy for Garrett. We got OUR guy https://t.co/VpBjtO2CfC