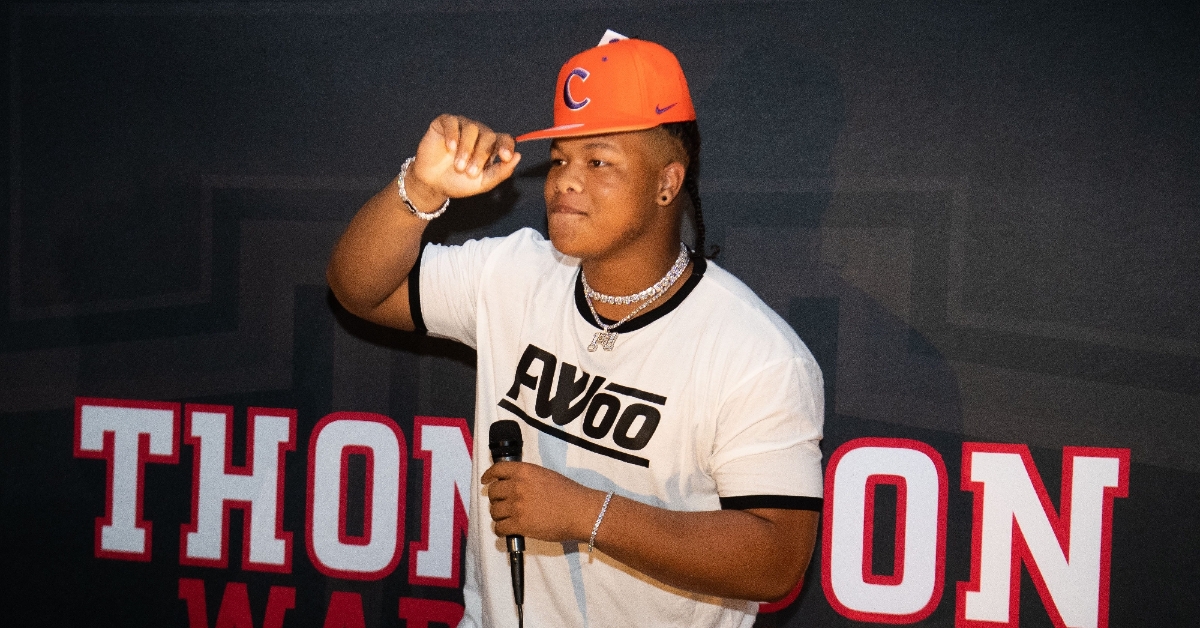 Peter Woods made a big move after showing out in all-star games during the postseason. (Photo: Gary Crosby / USATODAY)

Clemson's 2023 class is in and a good chunk of it is on campus already, including a five-star prospect who's seen some late moves in the recruiting rankings.

Rivals.com's updated 2023 outlook vaulted defensive lineman Peter Woods up from No. 54 to No. 15 and made him a 5-star as well this week.

"Peter Woods’ ascendency to five-star status started percolating during an impressive senior season, boiled over by completely dominating the Alabama/Mississippi All-Star Game and then he confirmed things at the highest level by impressing at the Under Armour Game," said Rivals' Adam Gorney. "The Clemson signee is built like a brick house, deadly serious about being great at the next level and has overwhelming power and force to win at the line of scrimmage."

ESPN moved Woods up five spots to No. 4 overall this week as well.