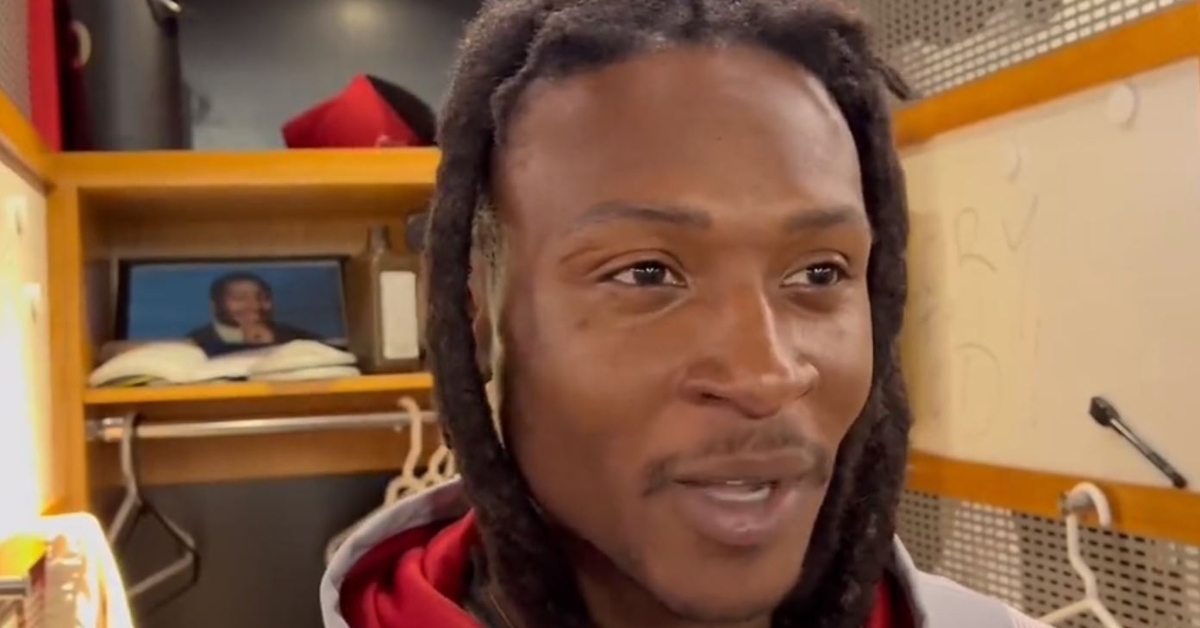 Hopkins is back playing on the gridiron doing what he does best, registering 49 receptions for 574 yards and three touchdowns this season.

However, after the 49ers' 38-10 blowout win against the Cardinals, cornerback Charvarius Ward called Hopkins 'steroid boy' for his suspension for Ostarine.

“He was getting locked up. He was doing some dirty things,” Ward said to reporters. “He tried to clip me. He grabbed me by the throat. He grabbed my face mask on one play, so I don’t respect his game. That’s steroid boy.”

Hopkins kept his composure mostly in his response to Ward calling for a boxing match in the ring with the two players.

“I’m not the kind of guy that goes to social media for stuff like that. Obviously, it sounded very personal, but the thing about this league, you never know when you might end up on a team with somebody,” Hopkins told reporters recently. “It is what it is. I’m not the kind of guy that makes a public service announcement about somebody else, but we’re all in a fraternity together. I hate to hear a guy talk like that about somebody, about anybody, but for me I just pray for people like that.

“A lot of people are tough when they can type something or say something, but I respect guys like Le’Veon Bell that get in that boxing ring. That guy over there who said something about me, I would definitely love to get in a boxing ring with him and see how tough he is in real life.”

“I would love to get in the boxing ring and see how tough he is in real life.”