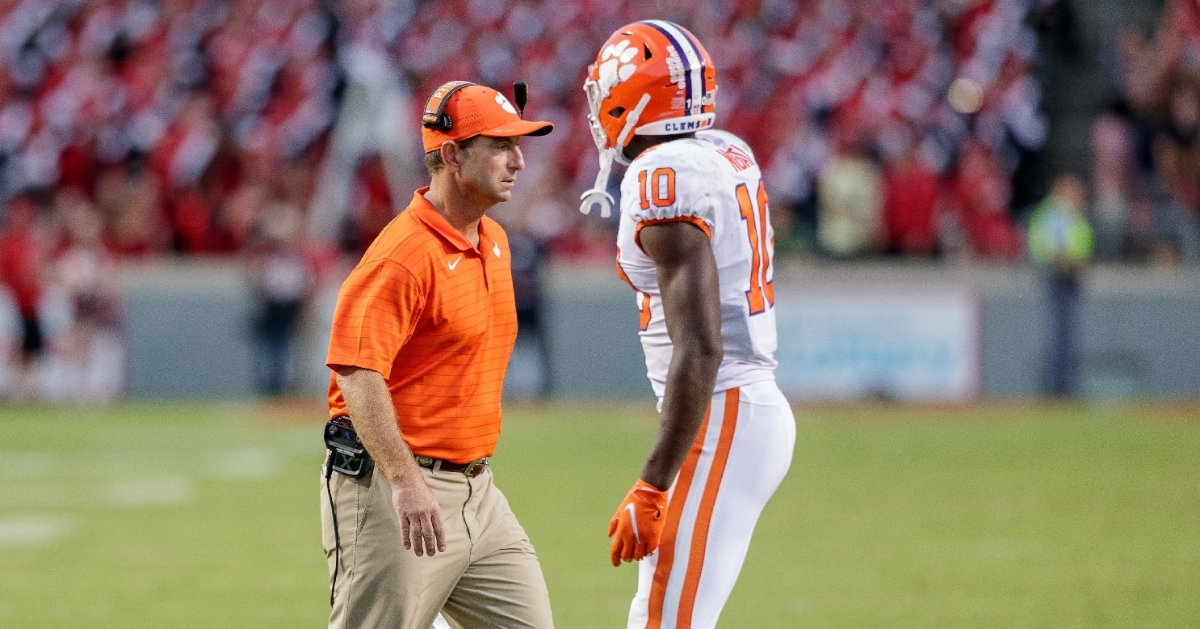 The questions will surround the Clemson offense until the Tigers can start proving doubters wrong in September.

Athlon Sports released its annual anonymous coach reports from the ACC this week and there were some pointed comments about the Tigers coming off of last year's 10-3 campaign.

After a No. 99 finish in total offense and No. 82 finish in scoring, the offense was an easy target.

"I don't think the QB is a great player. They thought he was when Trevor [Lawrence] was out against Notre Dame," one coach said, "and maybe that fooled them? It's not out of the question that they change guys. They're also not as good around him. They haven't evaluated as well at OL like other positions."

"The receivers have fallen off; when they were really rolling and winning nattys, that position flat-out scared you. Now they're league average, same as at running back."

On the recruiting front, another coach said that Clemson's national title days may be behind them.

"They're not recruiting like they have. There's also a giant difference between NIL in the ACC and the Big Ten and SEC," a coach told Athlon. "Are they beating Alabama and those guys from here on out? They're still the best program in this league, but they've never had as many questions moving forward. This is the start of the next era for them, and it's possible they're not a national title winner anymore."

Looking ahead to Labor Day opponent Georgia Tech, there is a much bleaker outlook.

"Honestly, it's almost impossible to see a way in which Geoff Collins survives this season. Every good player on defense is gone or in the portal. The best player they've recruited is going to be starting at Alabama. They have a conference schedule that's tough on its own and a non-conference slate that looks like it was designed to get this guy fired."

"They've recruited a bunch of guys that other staffs think are overrated. That's fine, you have differences in evaluations, but they aren't a development program either."

NC State had some positive outlooks, but there are still doubts about the team with the second-most ACC title nods from the media.

"Overall, they're a more talented team and a deeper one than probably any other time in their history with Doeren," an ACC coach said. "The issue now is expectations. This program seems cursed when everyone pays attention. They're going to have eyes on them immediately. Leary could take them to a division title if he's healthy."