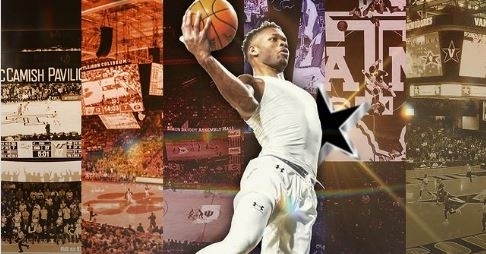 Dexter Dennis was a solid contributor over four seasons with Wichita State and has Clemson in the mix.

Dennis has already visited Clemson during the transfer process. He has one season left to play.

Clemson was recently a finalist for South Dakota State's Baylor Scheierman, who picked Creighton while still weighing his NBA draft options. The Tigers had announced Princeton transfer Jaelin Llewellyn before he ultimately decommitted and went to Michigan instead.

The Tigers did flip four-star 2022 guard Dillon Hunter from Baylor to add a fourth freshman enrollee for 2022 and former Boston College guard Brevin Galloway committed as a graduate transfer as well.