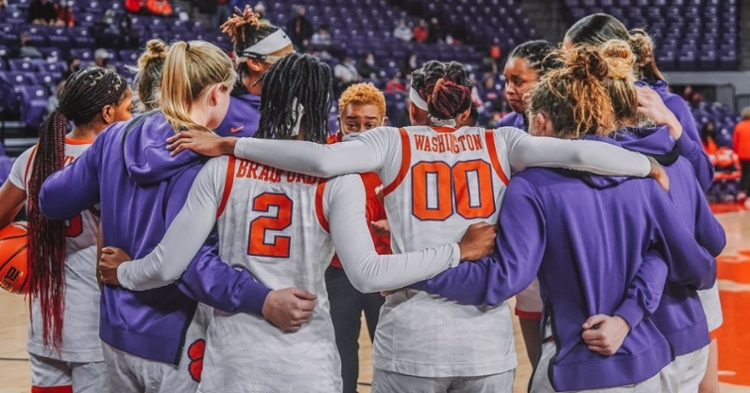 Clemson, S.C. – Cameron Swartz poured in 39 points and Boston College downed Clemson, 80-74, on Sunday afternoon inside Littlejohn Coliseum. The win moves BC 8-6 on the year, 2-2 in ACC play, while the loss drops the Tigers to 6-9, 0-4 in ACC play.

Amari Robinson turned in a season-high 25 points for the Tigers. The Douglasville, Ga., native finished 9-of-14 from the floor and a perfect 6-for-6 from the FT line, while adding seven rebounds. Delicia Washington finished with 12 points, a team-high eight rebounds, four assists and four steals, while Madi Ott was the only other Tiger in double figures with 10.

The teams played a tight first quarter, with BC holding a 17-13 advantage, before the Tigers tied the game at 17 one minute into the second. The Eagles slowly pushed the lead to 10 at the 2:11 mark. The Tigers tried to chip away, but went into halftime trailing 40-31.

Clemson cut the lead to five twice during the third, the second time on a three by MaKayla Elmore. BC pushed the lead back to nine heading into the game’s final quarter and the Tigers wouldn’t get any closer than a six-point deficit.

Clemson is back in action on Thursday, hosting Miami inside Littlejohn Coliseum at 7:00 p.m.