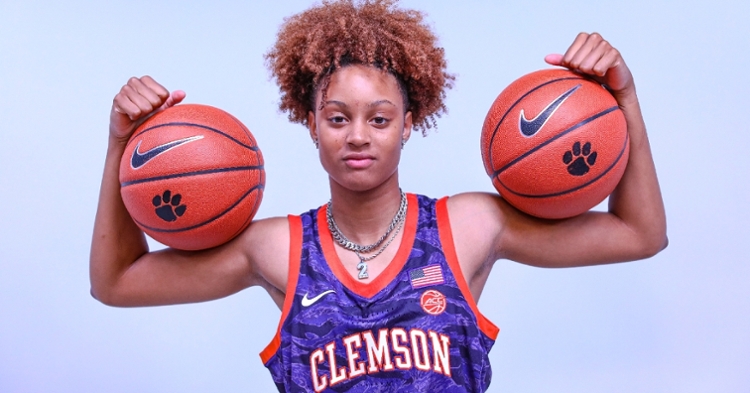 Whitehorn was the No. 15 recruit in the nation (Photo via Clemson WBB)

Clemson, S.C. – Clemson women’s basketball signee Ruby Whitehorn has been selected to the 2022 Girls McDonald’s All-American Game, which will be held Tuesday, March 29, at 6:30 p.m. on ESPN2 at Wintrust Arena in Chicago.

Whitehorn, ranked as the #15 recruit in the country by ESPN, is Clemson first-ever McDonald’s All-American. Whitehorn was also one of 25 selections to the 2022 Jersey Mike’s Naismith High School Girls Midseason Team.

Whitehorn’s announcement was made on ESPN’s “NBA Today”.