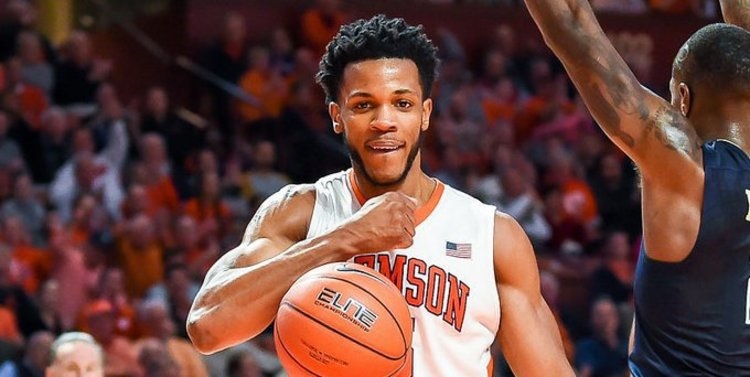 • Clemson collected its first win since 2011 in the ACC/Big Ten Challenge last time out, a 60-58 triumph over Nebraska. The Tigers overcame a nine-point first half deficit to claim the victory.

• The win over the Cornhuskers was Clemson's first at home in the ACC/Big Ten Challenge since 2007, when the Tigers beat Purdue 61-58.

• The Tigers face Coppin State for the first time since the 2005-06 season, when Clemson scored 102 points in a lopsided victory.

• Clemson is 33-1 all time versus MEAC competition.

• Clemson has faced the nation's second-toughest schedule, according to the RPI figures available at WarrenNolan.com. The Tigers were 12 in Friday's RPI.

• Avry Holmes will appear in his 100th career game Sunday. He played in 62 games for the University of San Francisco before transferring to Clemson, where he has appeared in 37 straight contests.

• Jaron Blossomgame has scored at least 13 points in all six games this season, and leads the Tigers in scoring at 17.8 per contest.

• Sidy Djitte is third in the NCAA with 5.0 offensive rebounds per game, and has collected 19 over Clemson's last three outings alone.