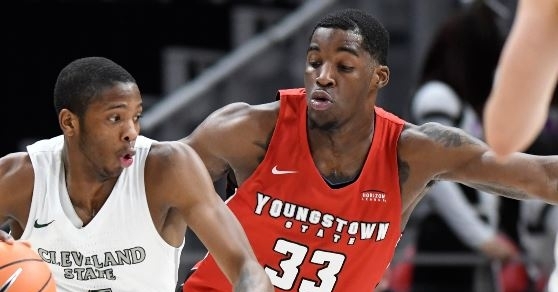 CLEMSON, S.C. — Head Coach Brad Brownell and his staff announced the addition of Naz Bohannon (Lorain, Ohio/Lorain) on Wednesday. Bohannon played four seasons at Youngstown State (2017-21) and will be immediately eligible after graduating from Youngstown State with a degree in business administration.

“Naz Bohannon assuredly adds physicality and toughness to our team. He is a relentless rebounder who enjoys mixing it up inside on both ends of the floor. While his scoring and rebounding numbers stand out, our staff was equally impressed by his vision and willingness to get shots for his teammates.”

Bohannon is a 6-6, 228-pound forward who led the Penguins in scoring last season (16.5 ppg) and rebounding (8.2 rpg), while also logging 32.9 minutes per contest and a team-best 52.6 percent shooting clip. He posted 11 20-point outings, including a season-high 32 points in a win over Green Bay (Jan. 1). Bohannon logged six double-digit rebounding games, including a season-high 13 at Oakland (March 2).

He scored 1,236 career points as a Penguin, which includes his best season as a senior with 412 points. Bohannon finished his Youngstown State career with 990 rebounds, 292 assists, 84 steals and 18 blocks. He finished 10 rebounds shy of becoming the first Penguin to record 1,000 points and 1,000 rebounds.

Bohannon was a Horizon League All-Freshman team member in 2017-18 after posting 7.2 points and 8.1 rebounds per contest.