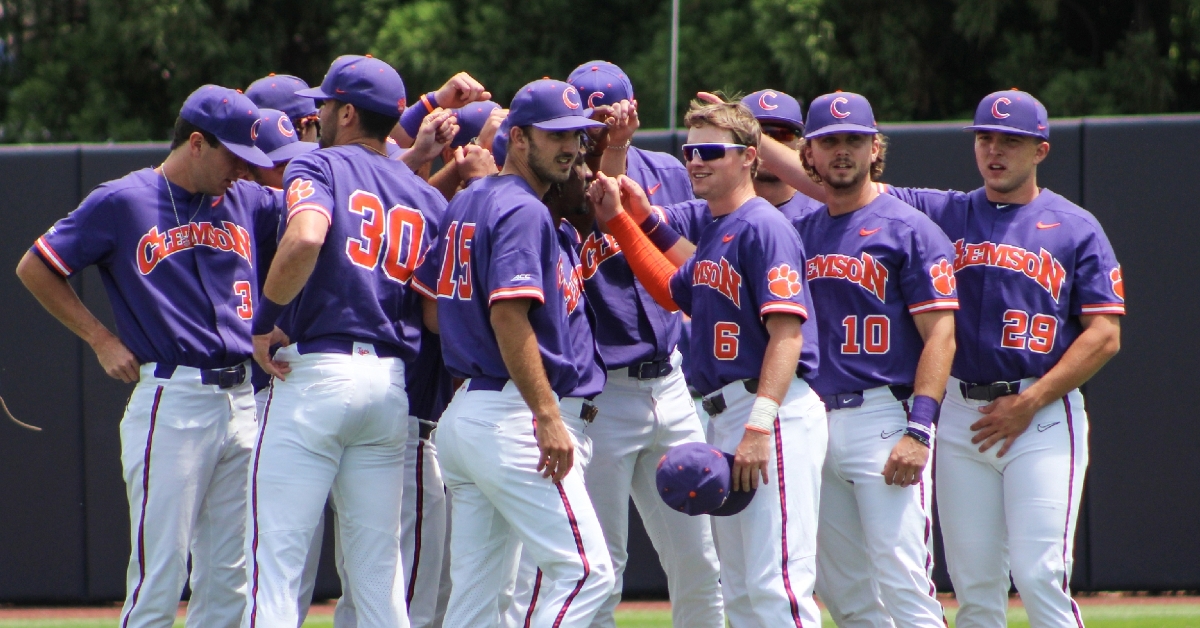 The Georgia Tech Yellow Jackets hit a home run with two outs in the ninth inning to walk-off against the Clemson baseball team on Saturday afternoon in Atlanta, 6-5. Clemson clawed back to tie the game after being down 4-1 early in the game but was unable to plate a run in the top of the ninth with a runner in scoring position.

Geoffrey Gilbert picks up the loss in a relief appearance, getting two of the three outs he needed in the ninth, his only inning of work. Keyshawn Askew started the game for Monte Lee on the mound, tossing 6.1 innings while allowing four earned runs and striking out six.

James Parker led the way at the plate for the Clemson offense, picking up two RBIs on a 1-for-4 day at the plate. As a team, Clemson recorded five doubles on the day.

Georgia Tech opened up a 3-0 lead in the second, plating three runs on a two-run home run and a two-out RBI double to take the first lead of the game.

Teodosio led the next half-inning off with his sixth home run of the season to cut into the Yellow Jacket lead, 3-1.

The Yellow Jackets added another run in the fourth, singling through the right side of the infield to plate a run to make it 4-1.

The Tigers got one run back and cut the deficit to two after a Parker RBI groundout in the fifth made it a 4-2 ballgame. 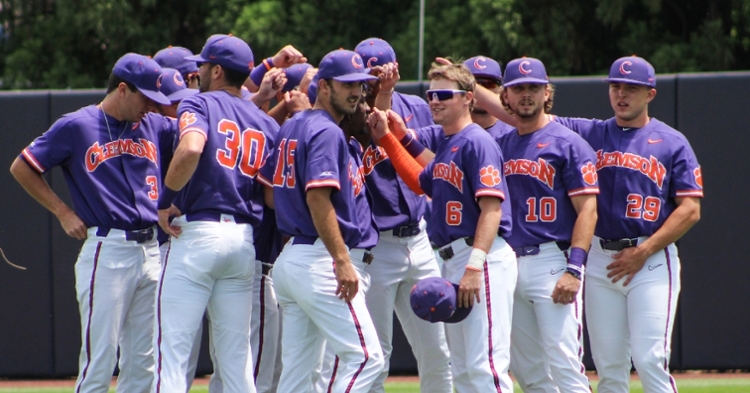 Clemson made it an interesting game in the sixth, plating two runs to tie the game at four even. Sharpe kept his bat hot as the Tigers strung back-to-back doubles to lead off the inning and make it a one-run game. Kier Meredith picked up his first RBI of the afternoon three batters later, flying out to right field for a sacrifice fly to tie the game at four.

Tech led the seventh off with a single and a batter later, moved the runner over into scoring position. Lee made a call to the bullpen, bringing in Nick Hoffmann to get out of the jam, which is just what the redshirt freshman did, recording back-to-back strikeout to keep the game tied.

Clemson completed the comeback in the eighth inning, as Parker recorded the Tigers’ fifth double of the afternoon to plate a run and take the lead, 5-4. The Tigers did leave a runner in scoring position as a swinging strikeout from Grice retired the side.

The Yellow Jackets tied the game back up at five-all in the home half of the inning, but with one out, Tech singled with a man on second, and a play at the plate was proven costly as Dylan Brewer lasered a ball to Adam Hackenberg behind the plate to tag the runner out and keep the game deadlocked.

The Tigers got a runner over to second in the ninth inning, but two consecutive outs ended the threat and sent the game to the bottom of the ninth all tied at five.

Georgia Tech homered with two outs in the ninth off of Gilbert to secure the win and the series win over the Tigers.