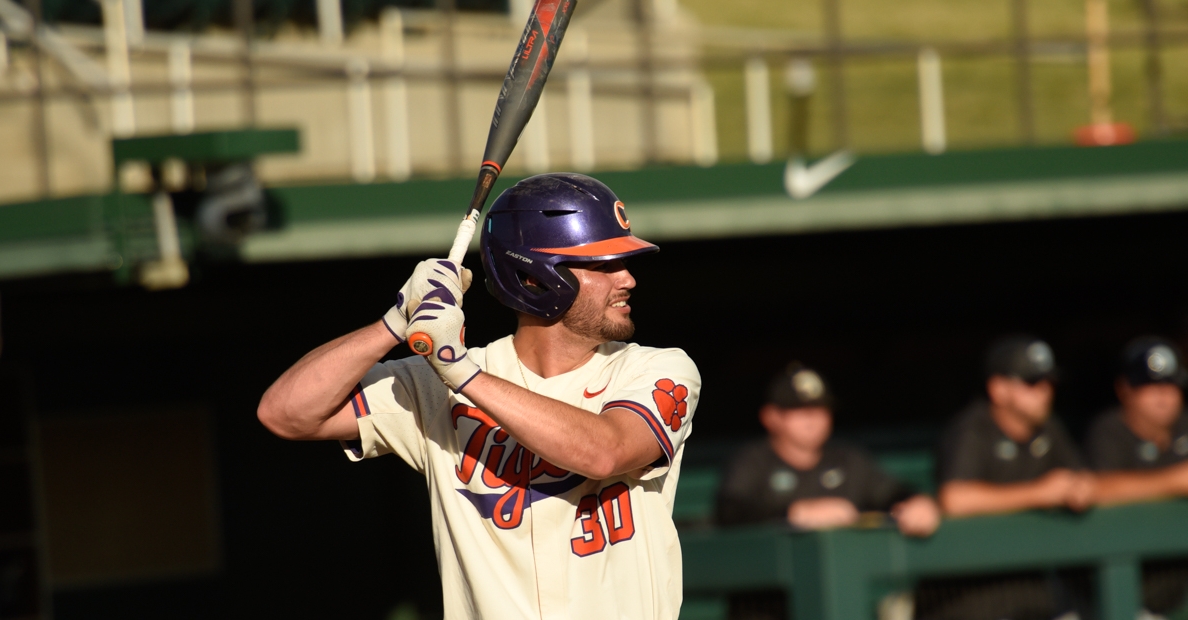 Davis Sharpe returned to the mound on Tuesday and has made an impact at the plate. (Clemson athletics photo)

The Tigers travel to Atlanta to play Georgia Tech in a three-game series this weekend.

• The Yellow Jackets won one of three games against Kennesaw State. They are hitting .283 and have a 5.69 ERA and .961 fielding percentage.

• Kevin Parada is hitting .335 with five homers, two triples, 17 doubles and 25 RBIs, while Luke Bartnicki has six of the team’s 13 saves.

• Clemson is hitting .300 with a .513 slugging percentage, .432 on-base percentage and 2.29 ERA during its current seven-game winning streak.

• Eight Tiger players and two graduate managers received their diplomas during commencement ceremonies in Greenville, S.C. in May.

• The players graduated May 6.

• Elijah Henderson and Bryce Teodosio graduated with a degree in agribusiness.

• Sam Hall graduated with a degree in sports communication.

• Kier Meredith graduated with a degree in psychology.

• Connor O’Rear graduated with a degree in financial management.

• Thomas Brittle and Ben Scheinbaum, both graduate managers, received a master’s degree in athletic leadership on May 5.

• Mat Clark and Evan Estridge entered the season as Clemson graduates, while Rasesh Pandya is a graduate transfer from Wofford.