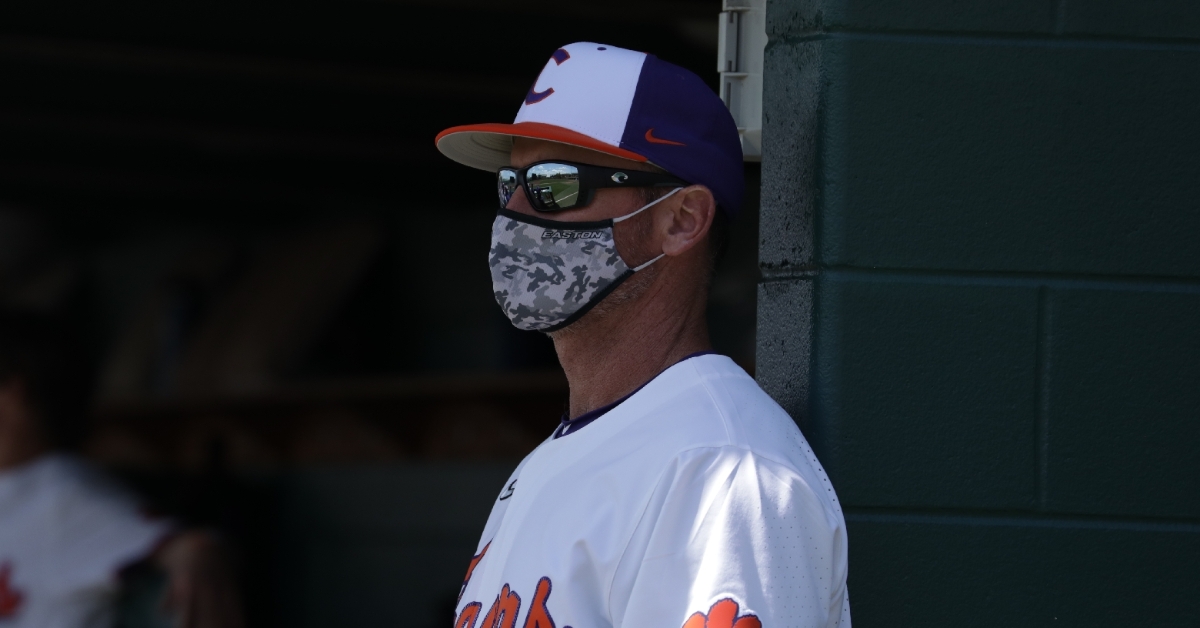 The Tigers drop back to .500 in ACC play. (Clemson athletics photo)

The Virginia Cavaliers took down Clemson on Sunday afternoon, 6-5, to take the series in a game that saw four lead changes and three ties. The Tigers did not go down without a fight though, putting runners on first and second with two outs in the bottom of the ninth, but a flyout to right field off of Caden Grice's bat ended the game and the series.

It is the first ACC series loss for Clemson since the second weekend in March, when the Tigers were swept by North Carolina in Chapel hill.

Pitching was once again spotty for Clemson, giving up double-digit hits for the second game in a row.

The Tigers used a trio of pitchers on the mound for the rubber match, as Nick Hoffman started his third game of the season for head coach Monte Lee. The redshirt freshman tossed 4.1 innings, gave up three earned runs and struck out five. Geoffrey Gilbert and Nick Clayton both saw action from the bump as well.

Clemson next welcomes the College of Charleston into Doug Kingsmore Stadium on Tuesday at 6 p.m.

Clemson got on the board in a hurry, scoring a run off the bat of James Parker in the bottom of the first to take an early 1-0 lead on the Cavaliers. After Dylan Brewer drew a one-out walk, Parker roped his sixth double of the season to the gap in left center and the speedy right fielder Brewer came home all the way from first for the first run of the afternoon.

The Tigers doubled their lead in the following inning, scoring a run on two hits to extend the lead out to two. Bryar Hawkins was hit by a pitch to lead off the inning and was moved over to second with no outs after Bryce Teodosio singled to left field. After a fielder's choice put runners on the corners, Elijah Henderson singled to the shortstop to drive in the run and increase the Clemson lead.

Virginia tied the game in the top of the fourth on a two-out, two-run home run from Kyle Teel.

The Cavaliers took a 3-2 lead in the next inning, plating a run on an RBI single to left field. The run came after Geoffery Gilbert entered the game for Hoffman with one out.

Clemson retook the lead in the bottom half of the inning, scoring two runs to take back the lead, 4-3. Kier Meredith led the inning off with a four-pitch walk and the next batter Brewer singled to put two on the base paths. True freshman Caden Grice tied the game with a RBI single and the Tigers took the lead off the bat of Adam Hackenberg, who recorded his fifth double of the 2021 campaign.

Virginia retook the lead in the seventh, taking advantage of a Clemson error and three hits to plate three runs and pull in front, 8-4. None of the three runs on Gilbert were earned due to the error.

The Tigers got a run back in the eighth inning off the bat of Hawkins, but stranded what would be the tying run at third to end the inning. The teams would head to the ninth inning with a score of 6-5.

Clemson-Virginia box
Get the latest Clemson gear right here!
Comment on this story