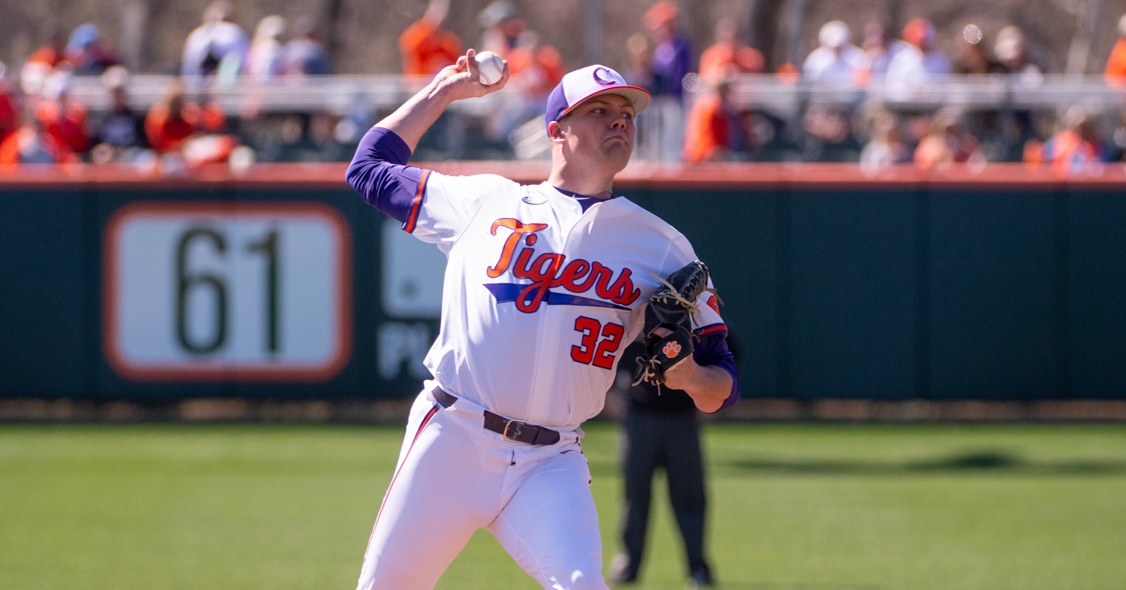 Clemson has had success on Friday nights this season, but it is seeking a first road series opener win since April 2. (Clemson athletics photo)

Clemson travels to the Sunshine State to play No. 10 Florida State in a three-game series this weekend. 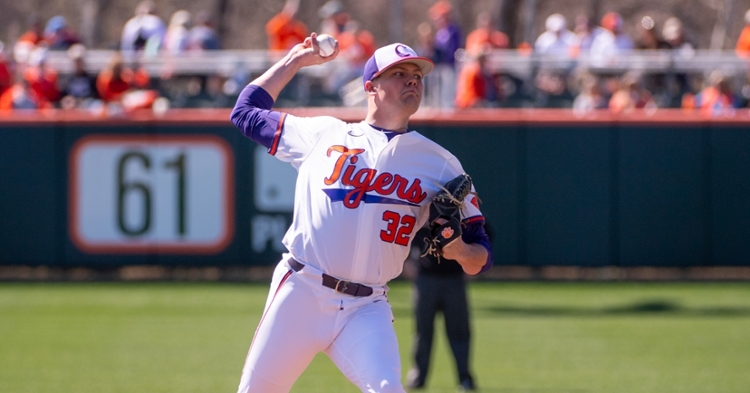 Clemson has had success on Friday nights this season, but it is seeking a first road series opener win since April 2. (Clemson athletics photo)"

• Florida State, who has a 16-12 home record, is led by second-year Head Coach Mike Martin Jr.

• The Seminoles split a two-game series against Florida Gulf Coast. They are hitting .241 and have a 3.23 ERA and .970 fielding percentage.

TAKING ONE FOR THE TEAM

• Clemson has an on-base percentage 107 points higher than its batting average thanks in large part to its 65 hit-by-pitches in 2021.

• At least one Tiger has been hit-by-pitch in each of the last 12 games, including nine of those games with multiple hit-by-pitches.

• Kier Meredith (14) and Bryce Teodosio (12) are the team leaders in hit-by-pitches. Meredith’s total is tied for sixth most in Tiger history.

• Khalil Greene owns the Clemson record for hit-by-pitches in a season with 21 in 2001.