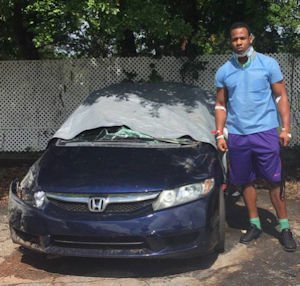 With the forest of elite talent this team has on the Defensive Line, it’s easy to forget that we also get Richard Yeargin back from injury after missing 2017. He was a key reserve for us in 2015/2016 and, like Clelin Ferrell, seemed prime for a break out year in 2017. Have you heard if he’s back to full speed and do you think he’ll play a significant roll next season?

Yes, Richard is back full time. I talked with him before the spring, and he is very excited to be back. I think he will play a big role this season. The thing that some may not realize is the respect Yeargin gets from his teammates. He is an extremely high character guy who is really bright and possesses great leadership skills. He is a very good player, but I think the biggest value he adds is in the leadership category.

I guess I was not surprised that Shelton Mitchell and Marcquise Reed have applied for NBA consideration but glad for them that they apparently will not give up their college eligibility yet. Until the playoffs, I never watch the modern, no rules, NBA and then only watch part of maybe a few games but I do know there is a huge difference between college and the NBA. Mitchell and Reed are very good players and I wish them well but I hope they remain in school and get their education.

I was somewhat surprised at the lavish spending that Deshaun Watson is doing. The charitable efforts that Deshaun and other athletes have become a huge part of who they are and hopefully, he will not forget those causes. There are many sad stories of athletes whose injuries have ended their careers and I hope Deshaun has received good financial advise and will not join those numbers. Knees that have been rebuilt over and over are powder kegs waiting to explode and I pray that Deshaun makes good decisions and stays healthy. I also hope that kids who see his video will not think that every person who is fortunate enough to become a professional athlete lives that life and will work hard not only on their sport but on their education as well.

I think Mitchell and Reed will greatly benefit from the NBA Combine experience. Remember, Grantham did this and it seemed to help his game. I don’t see them jumping to the NBA this year though, especially if this is a basketball decision. If they come back, Clemson could be ranked in the preseason, which is a rarity.

I saw his new home and car, and at first site, I can see your concern. However, he is a bright young man, and I am pretty sure he has surrounded himself with the proper people. I would be very surprised if he doesn’t manage most of his money very well.