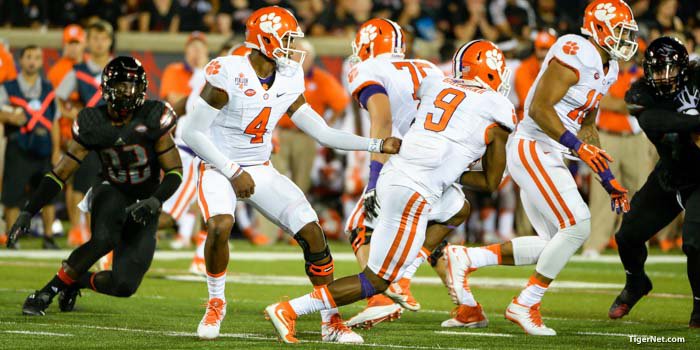 We Should Have Done This 20 Years Ago

What I found was an extremely complimentary fan base. All I heard for the entire walk back tot he car were well wishes. "Good game. Be careful going home. Enjoy your stay."

A friend told a Louisville fan, "We (The ACC) should have traded Maryland for you guys twenty years ago."

This was one of the best trips I can remember. Many fans have told me how much they enjoyed touring Louisville Slugger. I have heard great stories of the Bourbon Trail. I got good reviews of the Muhammed Ali museum. I heard from some fans who enjoyed the downtown nightlife and food.

Churchill Downs is a must as well. I had never been to a major horse venue and loved the history of the place.

I love road trips and truth be known I liked the Maryland trips. I love DC and the history inside the beltway, but I do see how getting cussed out by a few thousand Maryland fans can get old every other year.

Here is perhaps the most refreshing part of Louisville joining the ACC, THEY ACTUALLY CARE ABOUT FOOTBALL!

It can be depressing to go to Duke, Wake Forest, Maryland, Virginia, Miami and North Carolina. In my two trips to Chestnut Hill, I haven't found a handful of fans who care about the sport. This will be my second trip to Syracuse this year, but the same can be said for the Syracuse fan base. I haven't been to Pittsburgh yet; my guess is when you ask someone from there about Pittsburgh you get a Steeler response.

Louisville reminded me a little of NC State. Cardinal fans and Wolfpack fans love basketball and have won national titles in the sport. However, unlike their in-state rivals of Kentucky and UNC, their fan bases take some pride in their football programs.

Their overall athletic department is currently very successful, and their facilities were impressive.

I loved the trip and am very happy to have the Cardinals in the league. The drive was about six and half hours from Clemson, and it was filled with beautiful mountains in North Carolina and Tennessee and amazing horse farms in Kentucky. The trip is so much easier than Boston, Pittsburgh, Syracuse and Maryland.

The addition of Louisville to the ACC is a treat, and I am already looking forward to visiting again every two years.