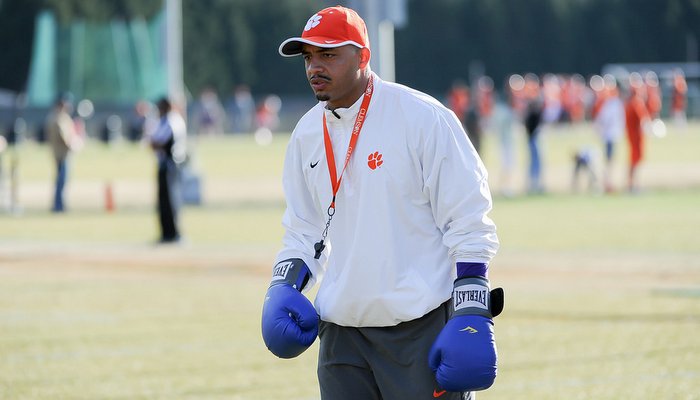 Today starts SEC Media days and there will be a lot of questions being asked in Birmingham, AL.

Dabo Swinney
Head Coach
View Full Profile will have his media golf outing and he and his staff will field more questions.

No one can predict turnover margins, If we could, then we could also turn into millionaires. Often turnovers can be prevented. Often times turnovers can be caused. But predicting who prevents them and who causes them is about as perplexing as the reason they happen to begin with.

The facts say that turnover margin is one of the most important statistics in college football. When Clemson won the national title in 1981 the Tigers were +17 in the turnover department.

The last four years Clemson has gone 42-11. During that stretch Clemson is +13 in turnovers.

Last year Oregon played for the national title partly because they were +23 in turnover margin. Ohio State was +7.

There are examples of teams being minus in the turnover department and still winning. Last year Alabama and Florida State were in the national semi-finals despite both being a minus in the turnover department. But I think you better be really talented to overcome that statistic and both the Crimson Tide and Seminoles were more talented than the opponent in perhaps every game last year.

There are also examples of teams that won the turnover battle but still lost. Those are fewer and farther between though. Last year 15 teams had a turnover margin of +10 or more and 14 of those 15 teams had a winning record.

In 2008 and 2009 Georgia Tech won 20 football games and had a +10 turnover margin. The next four years the Jackets went 6-7, 8-5, 7-7 and 7-6. During that stretch they were -4 in turnovers. Last year Tech rebounded with a +11 in turnovers and went 11-3. This is a great example of a program talented enough to win if they win the turnover battle, but not talented enough to overcome it if they lose it.

So, what will Clemson do in 2015? A healthy Deshaun Watson

Vic Beasley
Defensive End (2010 - 2014)
#3 6-2, 236
Adairsville, GA
View Full Profile created a pass rush that caused some turnovers last season. Can the Tigers continue to create and disrupt like they did five times in the bowl game against Oklahoma?

These questions will be asked this week, but not answered until September.