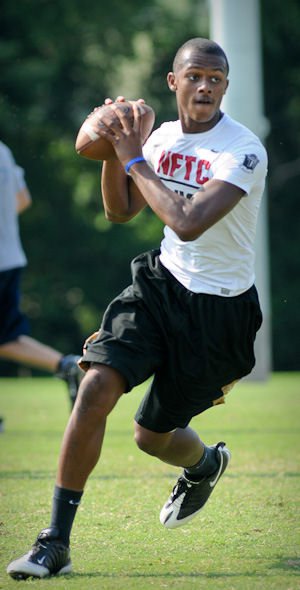 The Irish in The Valley

Years ago I would get excited when I saw a football series announced for an out of conference opponent. I can remember thinking Clemson was going to play Oklahoma in a home and home and Oklahoma State in a two game set. I remember hearing Clemson was to play two games with Ole Miss and two more with Vanderbilt. Those games looked like they were so exciting and I was anticipating Clemson's trips to Norman, Stillwater, Oxford and Nashville.

Unfortunately those trips never happened. Each of those four series were cancelled.

So as a fan it is hard to get excited about playing a team so far down the road because it rarely happens. However, I must admit I got a little excited when reports came out yesterday that Notre Dame would be playing in Death Valley in 2015.

We must also remember that the ACC is usually very late in getting football schedules out, so I will still believe it when I see it.

When I first heard it was official that Notre Dame was coming to the ACC in everything but football I was not thrilled. To me a basketball game against Notre Dame in Clemson or in South Bend is not that exciting. I feel the same apathy when it comes to playing Notre Dame in women's basketball, baseball, tennis, etc.

It was a big deal when the Irish came to town on November 12, 1977. In fact it was the biggest home game in school history at the time. I remember it was the first time I saw scalping at a football game. I saw a man pay $100 for a ticket from a scalper. Remember that was 1977 dollars too.

The student body organized a silent treatment before the game because Notre Dame coach Dan Devine had complained during the week about the crowd noise at Clemson. He was concerned his offensive players would not be able to hear the signals. But when the silent treatment in the pre-game was over Death Valley had never been so loud.

That was the game where Devine walked onto the field and picked up an official's flag and got another 15-yard penalty. That was also the game where he flipped Clemson's crowd his middle finger.

That Notre Dame team over came a late deficit as Joe Montana helped the Irish to a 21-17 win in the Valley. Notre Dame was ranked fifth in the country going into the game and Clemson was number 15 that week. The Irish went on to win the national title in the Cotton Bowl later that season.

The 1979 game in South Bend was not on TV but I will never forget Jim Phillips' radio call that day in Clemson's 16-10 win on senior day. It was a stingy Clemson defense led

by Steve Durham that shut down Vegas Ferguson.

The Tigers got three Obed Ariri field goals and a 27-yard touchdown run by quarterback Billy Lott on an option play that gave Clemson 16 second half points. Clemson had trailed 10-0 but came back to win in Danny Ford's first season as the head coach of the Tigers. It was two interceptions from freshman Terry Kinard that helped the defense shutout the Irish in the second half and give Clemson one of its biggest wins in school history.

The 2015 home schedule should be a good one as Clemson will host Georgia Tech, Florida State and Notre Dame if the ACC doesn't crew with the schedule.

So far the Clemson-Notre Dame series has featured two road teams coming from behind to win. Lets hope that is not the case when these two teams meet in Death Valley in 2015.