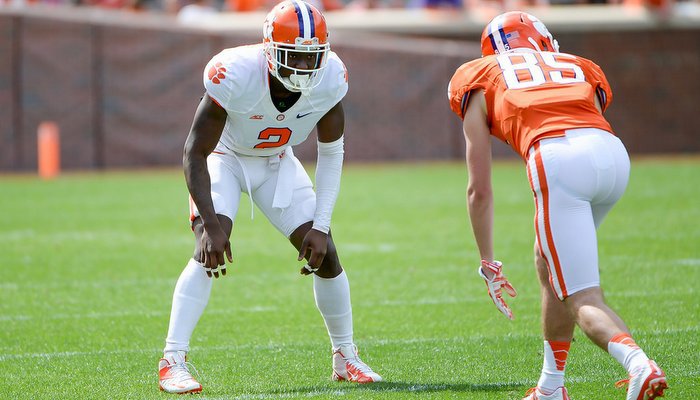 The Golden Nugget released early point spreads for 166 college football games this past weekend. Clemson was featured in six of those 166 contest. Here is what Vegas has to say about the Tigers as we end the month of June:

Notes: This spread looks about right to me. Louisville loses a lot on both sides of the ball but has some nice transfers coming into the program on defense. This is a tough place to play and is on a Thursday night. We will know a lot more about Louisville after its opening game against Auburn.

Notes: This spread opened at 3.5 and moved to 2.5 in one day. The Irish have a bunch of returning starters on both sides of the ball but still have a question mark at quarterback. Clemson has 17 days to prepare for this game.

Notes: I found it interesting that Georgia Tech and Florida State are a pick em in their game in Atlanta. This spread could move after we see both Clemson and Georgia Tech play Notre Dame.

Notes: This line started at 4.5 but dropped to 3.5. Al Golden is on the hot seat in Miami. It will be interested to see if this team is fighting for his job by mid-November or will they have given up?

Notes: It seems inevitable that this game will decide the Atlantic Division. FSU has a lot of question marks, especially on offense. How many of those question marks will be answered by the first week in November?

Notes: I am interested to see what kind of team Clemson faces in this game. Will the Gamecocks be 5-6 and reeling towards the end of the Spurrier era or will they be 8-3 and an enthusiastic Spurrier feels energized to take back the rivalry?