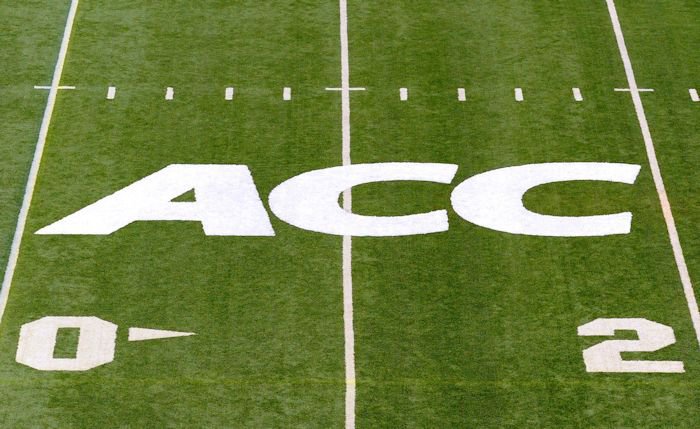 In a bizarre sports story we found out yesterday that Wake Forest and North Carolina have agreed to play non-conference football games against each other in 2019 and 2021.

That's right. Two schools in the same conference will play in football, but they will be non-conference games.

Florida State and Miami are both in the ACC, but they now have non-conference baseball games scheduled between the two schools in the years they don't have conference games with each other scheduled.

If you are confused, you are not alone. This year I received daily phone calls on the weeks Notre Dame would play an ACC school in football with listeners to my radio show wanting to know of these were conference games.

Still confused? Remember the Big 10 has 14 schools and the Big 12 has ten, so at least the ACC can count.

The issue that came up yesterday with the Tar Heels and Demon Deacons playing non-conference games came up as a result of conference expansion. When the ACC went to 12 and now 14 (or 15 in the case of Notre Dame) teams they divided into the Atlantic Division and Coastal Division. Each team plays the other six schools in its division. Each school has one permanent cross division rival it plays each year and the other six schools are rotated on the schedule.

In the case of North Carolina and Wake Forest, they are not in the same division and are not the permanent cross division rival. This means Wake plays North Carolina every six years. This also means they play the Tar Heels at home every 12 years.

The administrations at the two schools decided to play each other instead of flying to play other schools half way across the country or playing non-Power Five league opponents.

I get why they did it. It makes sense financially. It makes geographic sense. It makes sense from a rivalry standpoint (if Wake has any football rivals). I only see two negatives. First is the chance for a rematch in the ACC title game. Chances are those schools won't play each other again in December of those years, but still a rematch would be a little awkward. However, there is always a chance of a rematch with other opponents too. Clemson played Georgia Tech twice and Virginia Tech twice in the years the Tigers played in the ACC title game.

The only other issue is the confusion it causes. Imagine the misconceptions that will occur in those years.

Clemson's scheduling is different than UNC or Wake Forest. Clemson has to consider the college football playoffs. I doubt even the most optimistic Wake fan has that in their plans. I like Clemson's games with Georgia, Auburn and Texas A&M. Tiger fans seem to get excited about the possibility of playing SEC opponents. In my opinion, what works for Wake and UNC, should not be a consideration for Clemson.