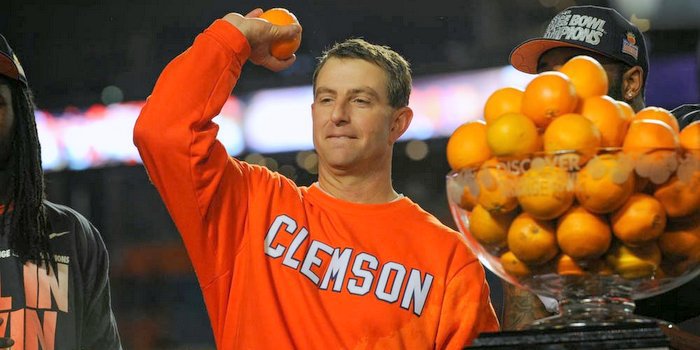 I have watched hours upon hours of preview shows for the College Football Playoffs and I have noticed so many misconceptions about these four teams.

Most feel Michigan State is more dependent on the run. Most feel Alabama is the best rushing team. The statistics just don't back up those stereotypes. Oklahoma and Clemson are the top two rushing teams in the playoffs. Oklahoma is 15th in the nation running the ball with a 235-yard average. Clemson ranks 22nd nationally rushing with 222 yards per contest. Alabama is 27th in the country with 208 rushing yards per game and Michigan State ranks 79th nationally rushing the football with 160 yard average.

Clemson and Oklahoma run the ball more often than the team's featured in the Cotton Bowl. Oklahoma averages 45 rushes per game while the Tigers average 44.8 rushes. Alabama averages 43.1 carries and Michigan State averages 40.5.

The other misconception is that the Cotton Bowls features the best defenses. Again, statistics do not back that up. Alabama allows 258 total yards per game. Clemson gives up 296 yards per contest. Michigan State gives up 343 yards a game and Oklahoma allows 351yards.

A big misconception we have seen in the first two years of the playoffs is the idea that you have to go undefeated or if you do lose it has to be to a great team. Last season Ohio State lost to a bad Virginia Tech team and still won it all. Oregon looked bad in a loss to Arizona but still made it in and Alabama lost to Ole Miss.

This year Michigan State lost to a Nebraska team that finished 6-7. Alabama turned it over five times and lost to an Ole Miss team they were favored to beat by double digits. Oklahoma lost to a really bad Texas squad in October.

The old football saying about turnovers didn't hold true for Clemson this year. The Tigers are 82nd in the country in turnover margin with a minus two for the season.

Also special teams doesn't always have to be strong to have a great team. Alabama is ranked 31st in special teams efficiency, but Oklahoma is 93rd, Michigan State is 108th and Clemson is 124th.

There are a lot of misconceptions about these teams and this system. Also remember there are lies, damn lies and statistics.