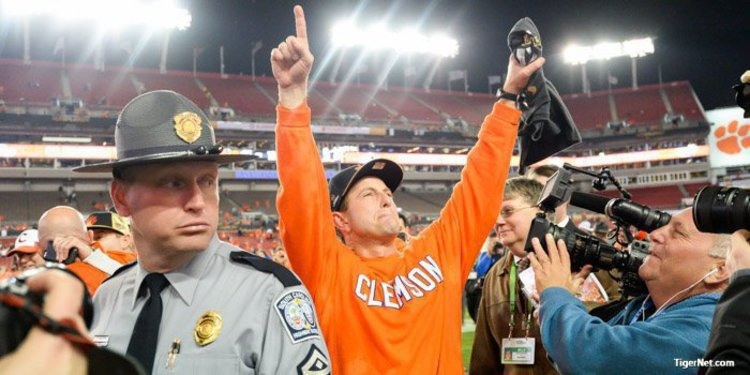 Mickey – Other than the Gamecocks, It looks like we are still waiting on a power five conference team for the 2021 football schedule for an out of conference game. What do you hear from our Athletic department? Are they looking for a neutral site game for that year, or are we going to stick with UConn, Wyoming and SC State as our 3 OOO games?

The only way they play another school is to find a game good enough to buy out UCONN, Wyoming or SC State. I would not discount that idea, but it would be a slight surprise if that happened. Clemson is marketable for neutral site games, but seven homes games are still the standard and 2021 needs three non-conference home games since the South Carolina game is in Columbia. At this point, it looks like a year where it didn’t work out with another Power 5 school.

Are we redshirting Malik William at this point?

I think that is the plan. I was told his concussion issue was serious in the pre-season, but I had no idea he would miss an entire season so far. When we talk concussion, we usually center the conversation around football, but it affected Clemson basketball this season. If he does play next season, he will join a very inexperienced team.

I have not seen numbers for Clemson and the ACC teams on what the Playoff payout was this year. Do you have any info on what Clemson and the other conference schools earned and also what Clemson's expenses were? Also, no question that the Clemson coaches maxed out on bonuses this year can you share that information?

The ACC has not released their revenue numbers yet. I have read that Dabo’s bonuses were $875,000 this year. I have read where Brent Venables made $315,000 in bonuses. I have not read the totals for the rest of the staff.

Mark Fields did not play against Notre Dame, and he came in during the second half against Alabama and played well. I never read that he was injured, but he must have been. What is the backstory on him? Thanks, and keep up the great work!-David

The issues with Fields were injuries, trust, and accountability. There were times in his career where he had nagging injuries. There were other times where Fields didn’t do what the staff expected him to do. There were times where they didn’t feel he was accountable. He is extremely talented, but not talented enough to where he could stay on the field all of the time. That isn’t very clear answer, but that’s really about all I am at liberty to say.