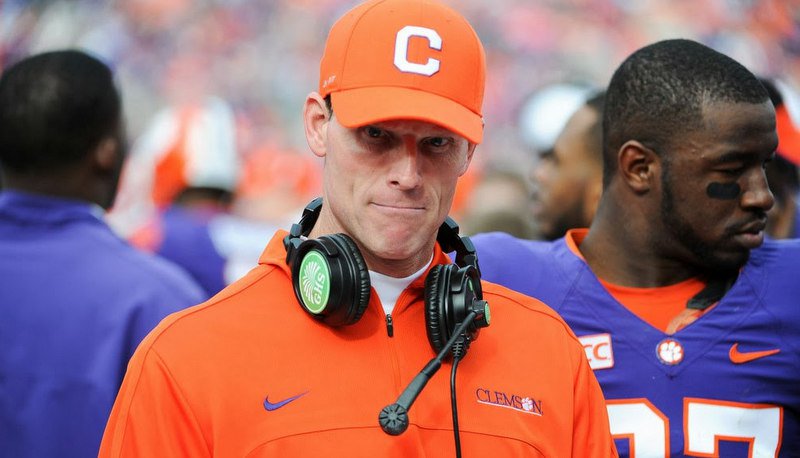 Tonight Clemson could get a commitment from one the nations' top high school prospects when Rahshaun Smith announces his college choice.

Smith is ranked as the nation's 11th best prospect by rivals.com. If that ranking holds, it will be the second highest ranked player Clemson has ever signed according to the website. DaQuan Bowers was ranked second in his senior class.

The Maryland native has recently moved to Bradenton, FL to play his senior season at the IMG Academy. Smith is ranked as the nation's top linebacker and the third ranked player in the state of Florida.

A commitment from Smith would mean several things. Among them is the fact they get another prospect at the nation's top program. Clemson got four-star receiver TJ Chase earlier this year.

Smith would also keep a recent run of great defensive talent coming to Clemson. Last season the Tigers had the nation's top defense and this year's NFL Draft will see several Tigers drafted. But the future could be just as bright, as this staff has signed some super stars in the past few classes. Players like Jayron Kearse

Deshaun Watson
So. Quarterback
#4 6-2, 205
Gainesville, GA
View Full Profile . However, the defense has seen a major upgrade in players under Brent Venables

A commitment from Smith would mean a lot to what could be a great linebacker class. Venables told Smith he had the top camp performance he has seen in his 20 years of coaching when Smith starred at Dabo Swinney

Smith could help swing his high school teammate Saivion Smith back in Clemson's corner. Saivion Smith is considered the nation's top cornerback prospect and is another five star prospect, but he surprised everyone when he committed to LSU a few weeks ago. The Clemson staff felt good about Smith before the commitment and he says he will take other visits including one to Clemson later this year. Who knows? Maybe Clemson can flip him late.

Mike Bellamy
Running Back (2011)
#5 5-10, 175
Nocatee, FL
View Full Profile ? But Clemson has had a ton of success with its five stars including Bowers, Spiller, Watkins, Watson, Stephone Anthony

You win games in the offseason. Clemson could improve its chances of winning a lot of games in he future if another five star picks the Tigers tonight.